No Games Availale For SEC This Week! Click Here To Browse Games By Week. 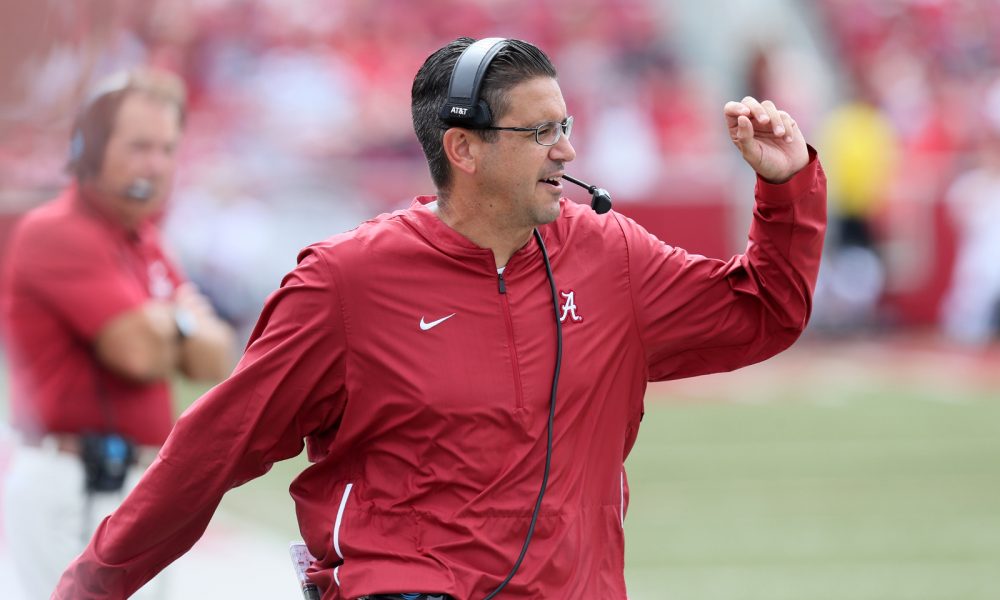 Alabama’s coaching staff has been dropping hints this entire week, that more good news is soon to come for the Tide on the recruiting trail.

Alabama’s special teams’ coordinator and tight ends coach, Jeff Banks, is the latest to do so. After 4-Star outside linebacker, Dallas Turner announced his commitment to the Tide Wednesday, Banks took to Twitter to tweet, “ROLLtide! oh and by the way we ain’t done yet! #RTR.”

Rolltide! Oh and the by the way we ain’t done yet! #RTR pic.twitter.com/0e6N44DwdI

It is no secret Alabama’s 2021 recruiting class is rolling and is on fire this week. Nine recruits have chosen to commit to Alabama since April and two of them have announced their decision over the last 72 hours. With Turner and Smith’s decision in, what is next for the Tide?