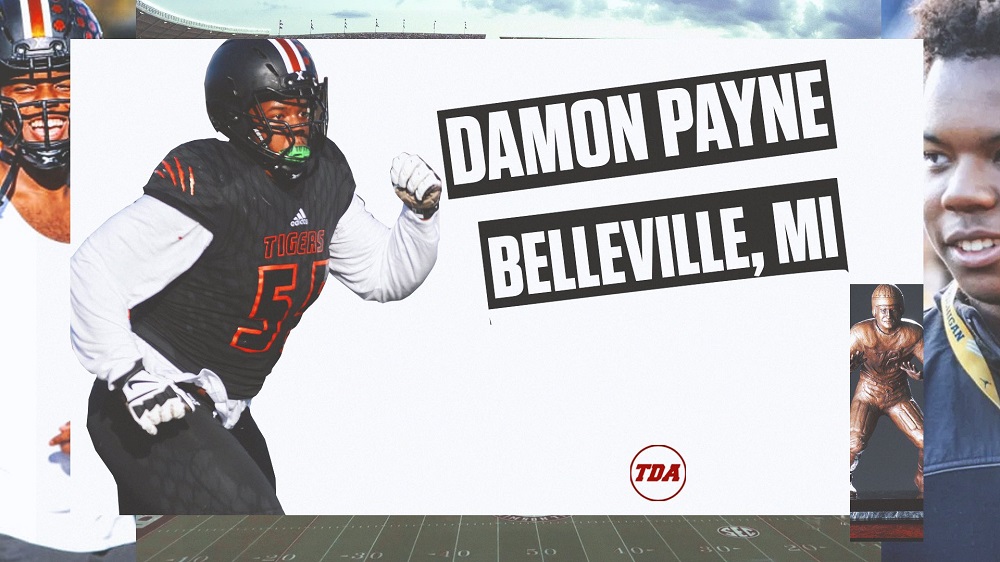 Payne is a product of Belleville High School in Belleville, Michigan. The Michigan product chose Alabama over Kentucky, Michigan State and others. Payne’s pledge gives the Tide’s 16 commits in the 2021 recruiting class.

Alabama last hosted Payne in September, which means the Tide has landed yet another 2021 prospect, who they have not hosted recently.

At 6-4 and approximately 290 pounds, Payne is an athletic defensive lineman, who rushes with a purpose. An explosive jump off the line aids his ability to be disruptive in the trenches. His playing style more than makes the case for him to be the No 1 defensive tackle in the country.

Payne will participate in the 2021 Under Armour All-America Game in Orlando, Florida. He joins other Tide commits: Kadarius Calloway, Agiye Hall, Jacorey Brooks, Christian Leary, JC Latham, James Brockermeyer and Tommy Brockermeyer, who will also play in the game.