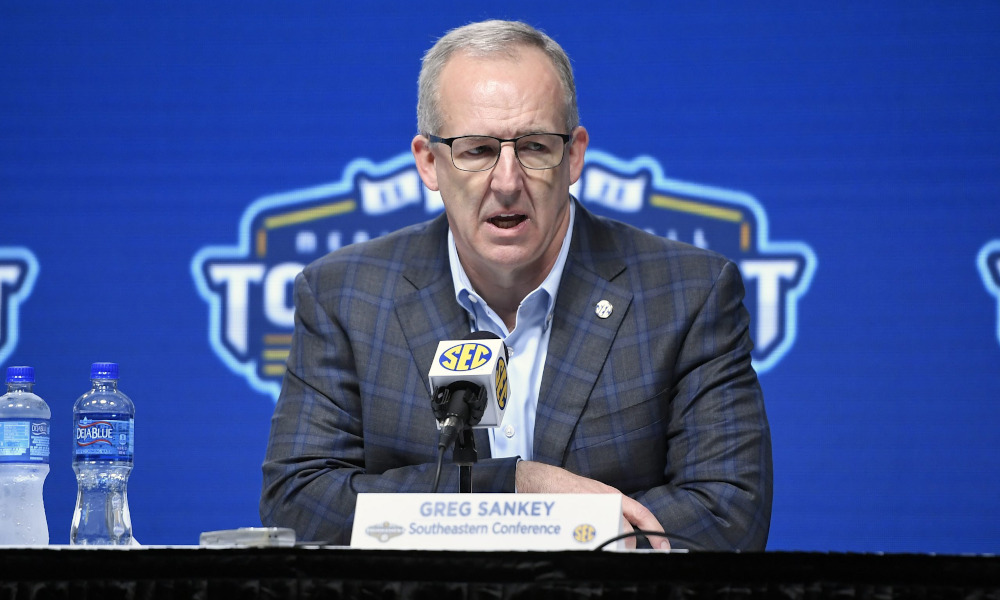 SEC Commissioner Greg Sankey has been fighting to keep the season alive, even though he stated via the Dan Patrick Show on the idea of the SEC adding a school for one season ‘is not quite practical.’

According to a report from Josh Kendall of The Athletic, the SEC’s medical advisory group feels very confident about moving forward and having a football season.

SEC commissioner @GregSankey on @dpshow: “Our medical advisory group has said, ‘Yes, we can continue to go forward.’ Should that advice change, that would certainly be a stopping point.”

Per Sankey, “if the advice changes, that would certainly be a stopping point.”

The sports performance staff of David Ballou and Dr. Matt Rhea at the University of Alabama both believe a season can be played, despite the Coronavirus. Since the duo was hired back in March, Alabama’s coaching staff, players and fans have been very pleased with what they have contributed.

Uncertainty all around, and all I saw was a team come in the weight room and do what they alway do….work toward a goal. #LetUsPlay

All who work in athlete care and development lose sleep worrying about our athletes. Whether it’s an ACL, head or spine injury, disease, or serious illness, we do all we can to make sport as safe as possible despite all of the risks. And we won’t let up now. #LetThemPlay

Not only are Ballou and Rhea for the #WeWantToPlay movement, but both have been involved with player development, performance optimization and sports medicine for a long time.

While he does not see the SEC on an island by itself, Sankey is not against the conference playing alone — if it becomes the case.

For now, the SEC does have the green light from its medical advisory group to continue with football preparations.