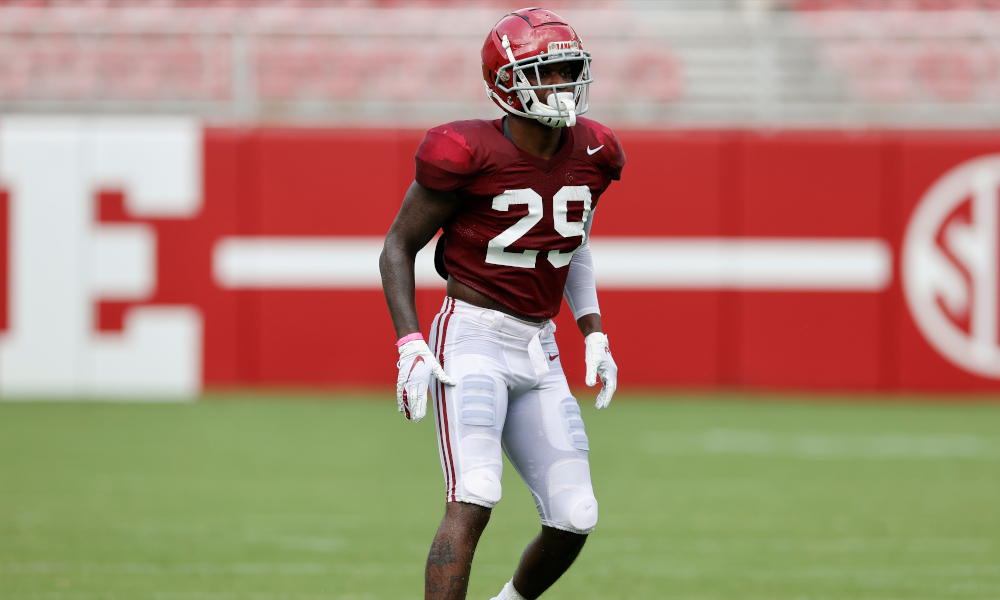 Of the aspects Nick Saban made himself clear on this offseason, creating depth across the board for this year’s Alabama team was one of them.

Every position on offense is filled with talented players, while the Crimson Tide has stockpiled bodies on its defensive line, inside linebacker and outside linebacker. The area Saban is working on happens to be the one he’s most known for.

Alabama graduated four players to the National Football League from its secondary and though it appears to be set at cornerback and safety, Saban is concerned about the depth for the team’s sub packages.

Xavier McKinney, who was selected in the second round by the New York Giants in April, was the Tide’s starter at “Money” in the dime defense.

With him gone, Alabama returns one player with experience at the position: DeMarcco Hellams.

He was McKinney’s backup, but now he’s pegged as the starter. A native of Washington, D.C., Hellams brings the size to play inside the box and take on bigger wide receivers and tight ends.

He also possesses the quickness and footwork to play in coverage and tract the football.

Coach Saban is happy to have him, but he’s pushing where the depth will come from.

A four-star from Tyrone, Ga., he has the capabilities to be a highlight defensive back.

Alabama has trained Branch at nickel too; nevertheless, dime may actually be a better role for him. He ended his high school career with being Sandy Creek’s all-time career leader for interceptions. The 6-foot-1, 190-pounder totaled five picks and six breakups during his junior season.

“We are very thin in the secondary,” Saban said.

“We don’t have a lot of depth and we have a lot of young players. So, it is very difficult to train them at multiple positions… but we are trying to use this time to do that. Whether we can continue it throughout the season remains be to seen. If we have the best players when we are in nickel, we’ll have to play nickel instead of dime. I feel like we have a pretty good first group. It’s just going to be a working progress developing these younger players, who have made extreme progress. I am really pleased with them, but I know from past experiences that when you try to get young players to play multiple positions and they don’t have a lot of experience… it makes it very difficult for them.”

Alabama still has players such as Eddie Smith and Jalyn Armour-Davis that could work at dime.

Ronald Williams Jr., a junior college transfer via Hutchinson (Kan.) Community College, was worked some at Money through fall camp.

The 6-foot-2, 190-pounder has the size, speed, athleticism and length to play the position well.

Brandon Turnage, a redshirt freshman, is also an option — unless the Tide simply wants him at safety.

Hopefully no one gets hurt, but having multiple guys to depend on is critical in a Coronavirus season.