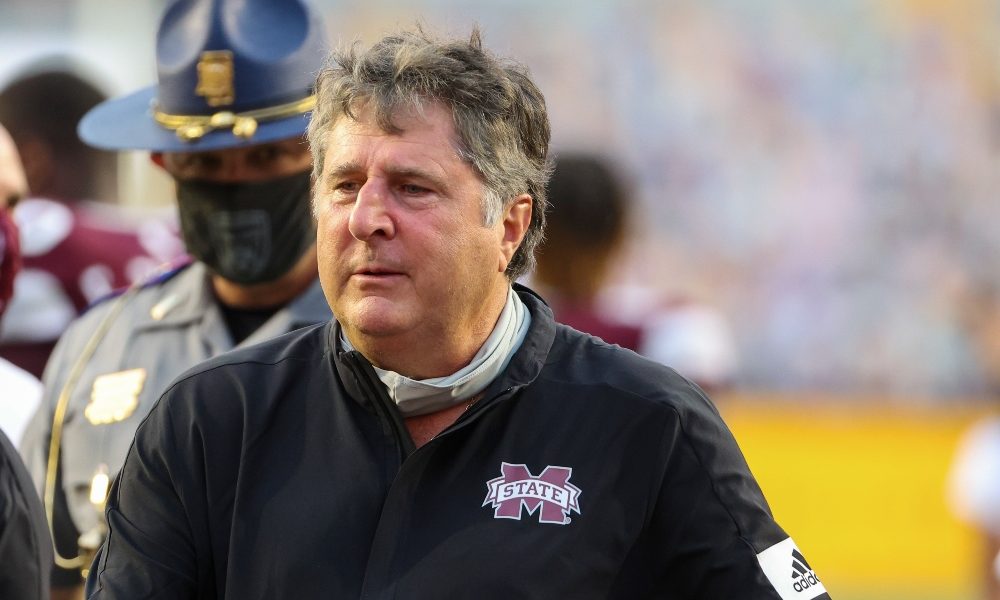 One week into the SEC football season and Mike Leach is already making headlines throughout the country.

Whenever the defending national champions go down it will get the attention of everyone, but the way in which Mississippi State beat LSU considering it was the first game under Leach makes it all the more impressive.

But taking out the Tigers is not all Leach has instore for the top teams in the conference.

Leach, who is known to have no issues in conducting his business in unorthodox ways, said may be up for a Halloween costume game when they play Alabama on Oct. 31 during an appearance on the Fox Sports Radio show OutKick The Coverage with Clay Travis.

“You know, I don’t know,” said Leach. “I haven’t really thought about that. That’d be kind of wild. Nick does seem like the type of guy that would really get into some costume play, though. You know, It’d be something to think about if I thought my coaches or players would take me seriously at all.

“I don’t know it would be pretty hilarious. So, I got to say if I was a fan that’d be fantastic. And I’d root for it every time.”

Considering the holiday is also the Crimson Tide head coach’s birthday, it would certainly be one of the more memorable ones he’s celebrated.

Saban may already have his choice in costume in line when he said back in August that he looked like the outlaw Jesse James when wearing the team’s gaiter mask.

Either way, I can’t imagine anyone would be opposed to seeing this happen.