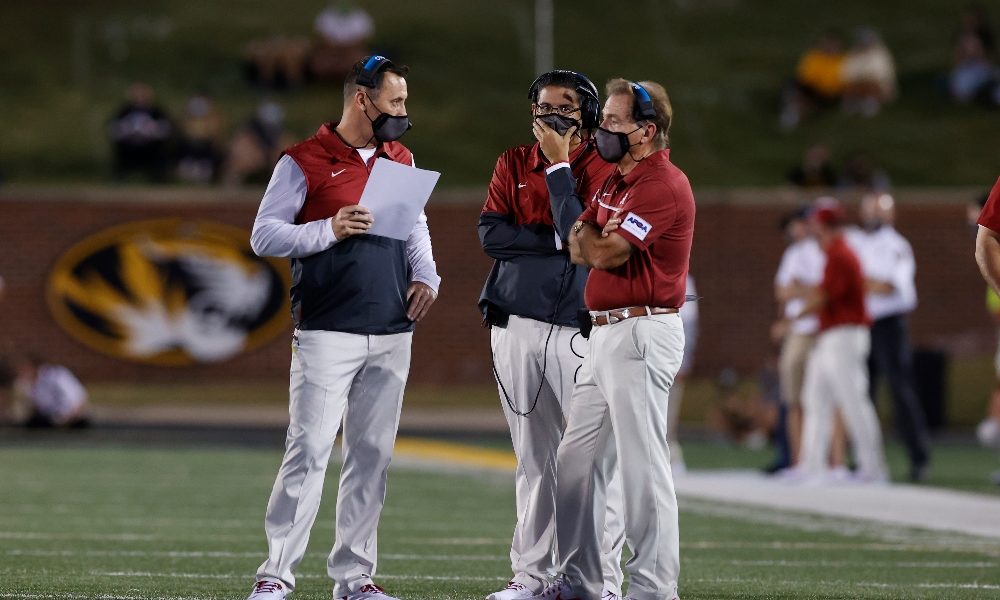 Nick Saban is defeating the Coronavirus.

After a positive test was revealed for him on Wednesday, the Alabama head football coach has been asymptomatic and working remotely.

He was evaluated on Thursday and according to Jeff Allen, the Crimson Tide’s Director of Sports Medicine, Saban tested negative for the virus and remained asymptomatic. Saban would test again on Friday and per Tom Rinaldi of ESPN, he received a second straight negative test.

According to the protocol from the Southeastern Conference, if a coach has three straight negative PCR test for the virus — while remaining asymptomatic — it can leave isolation and rejoin the team. Saban tested once more this morning and Alabama’s matchup with the Georgia Bulldogs is tonight at 7:00 p.m. CT at Bryant-Denny Stadium.

According to Tom Rinaldi, a second subsequent test of Alabama coach Nick Saban on Friday showed that he is negative for COVID-19, increasing the chances that Saban will coach in tonight’s showdown against Georgia. pic.twitter.com/f59p4W66uv

He needs one final negative test as the competitor in Saban continues to push.

Per Rinaldi, the results from this test will be made known this afternoon.

He’s in position to be on the sidelines to coach this marquee game, which means the initial positive test was a false positive.