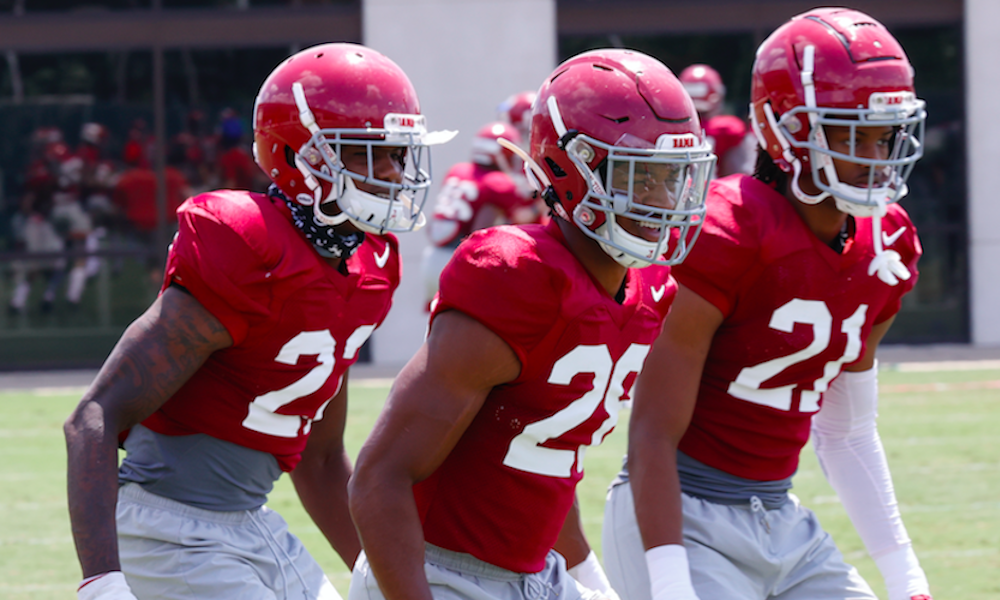 After missing its first five games of the season, due to a broken arm, Ronald Williams is now healthy and has been medically cleared to play for the Crimson Tide. He sustained the injury late in preseason camp and it was the lone mishap the Tide had prior to the start the year.

A native of Ferriday, La., Williams was a four-star and one of the nation’s top junior college cornerbacks in the 2020 class. He attended Hutchinson Community College in Kansas, which is one of the best JUCO programs.

According to Pete Golding, the Tide’s defensive coordinator, the JUCO transfer has the size, speed, length and athleticism to become an elite corner in the Southeastern Conference.

Before his injury, Williams was getting reps at corner, nickel (Star) and dime (Money) and was playing well. Normally, Saban recruits junior college talents to either be starters or be huge contributors.

Williams’ injury limited Alabama from having one of its better athletes on the field.

For a group that has been suspect all season, getting him back is a big deal.

Coach Saban said Williams has been practicing for the last two weeks.

“He didn’t go to Tennessee because he was sick,” Saban said of Williams. “Would’ve gone. He’s feeling more comfortable using his arm. He’s been healed, he’s been cleared.”

Hopefully, we get the opportunity to see Williams on the field versus Mississippi State.

Malachi Moore, a true freshman, has been the biggest playmaker thus far in the secondary.

While the likes of Patrick Surtain II and Josh Jobe has played well, the Tide needs another ball-hawking defender with good eye discipline.