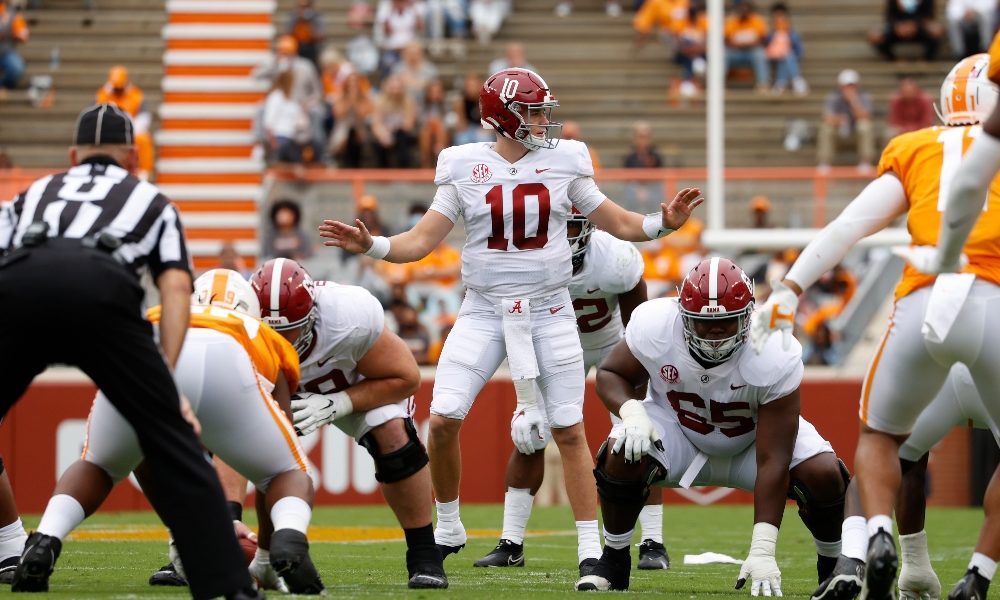 Roman Harper is not the only one pleasantly surprised by Mac Jones’ performance this year.

As a former Alabama safety and Super Bowl champion, Harper is now a member of the ESPN family with SEC Network. He played for the Crimson Tide from 2002 to 2005 — prior to getting drafted to the National Football League — but when it comes to the Tide’s offense, he chose a player he felt has been the ‘biggest surprise’ in the Southeastern Conference.

Who’s been the biggest surprise this SEC 🏈 season? #SECNation pic.twitter.com/GHi73HztIA

Before the season started, there were a lot of doubters who questioned his ability to run this offense. He played well in filling in for an injured Tua Tagovailoa last year; however, people were skeptical of the marriage between Jones and Steve Sarkisian.

Through six games, the junior has made a believer out of everyone and Alabama is undefeated.

Behind Jones, the Tide has scored at least 40 points in five straight matchups. He’s paced the offensive unit to a pair of wins over top-10 schools and dropped 41 points on a Georgia program that has a top-5 defense in all of college football. A native of Jacksonville, Fla., Jones is the only quarterback in Alabama history with three straight 400-yard passing games.

Jones has been the reason behind Alabama’s offensive balance and he is new leader in the Heisman Trophy race.

With a meeting against LSU next week, Jones is set to continue the Tide’s push for a conference title and College Football Playoff opportunity.