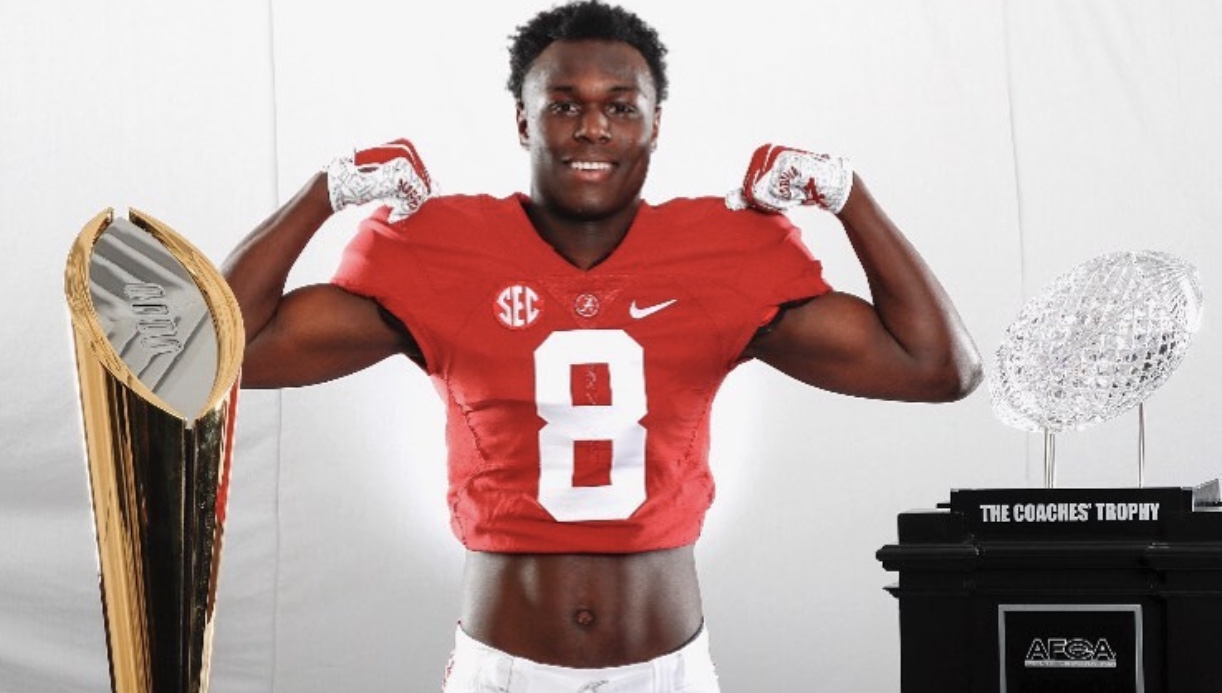 The first round of the Alabama high school football playoffs wrapped up Friday and several Alabama commits are set to play next week after helping their team pick up a win.

Here is a look at how each Alabama commit performed:

McKinstry and Pinson Valley High School defeated Arab High School 45-0 in the first round of the 6A state playoffs. McKinstry finished the night with four touchdowns and did not play in the fourth quarter.

The Alabama commit was able to make plays on both sides of the football. As a wide receiver, he had five receptions for 113 yards and three touchdowns. On the defensive side of the football, McKinstry was able to turn an interception into an 85-yard pick six. Pinson Valley and McKinstry will travel to Shades Valley next week.

Lawson and Mobile Christian School defeated Cherokee County 17-14 in the first round of the 4A state playoffs. Lawson helped the Leopards’ defense limit Cherokee County to 14 points, which is just four points more than the 10 points a game they gave up during the regular season.

The 4-Star recruit also contributed on offense as he ran in a two-yard score to put the Leopards up 10-0 in the second quarter. Mobile Christian and Lawson will travel to American Christian Academy next week.

Keenan suffered a career-ending injury during the regular season, which is a huge blow to Ramsey, who has one of the best defensive fronts in the state. The Rams were able to pick up a win against Lawrence County 56-20 without Keenan.

Jackson and the Prattville Lions were defeated 42-33 by Daphne in the first round of the 7A playoffs.

Daphne secured the win after successfully completing a trick play to take a 42-33 lead. Throughout the season, Jackson anchored a Prattville defense that was easily one of the best in the state.

Barnes and Lee Montgomery beat Pelham 23-21 in the first round of the 6A playoffs .

The 3-Star defensive tackle has played an both sides of the football for the Generals throughout his senior season. The Generals have leaned on Barnes and their offensive line to pave way for their dangerous run attack and Friday night was no different. All of Lee Montgomery’s offensive scores came on the ground. However, Barnes and the Genarals’ defense struggled to contain Pelham’s run attack as they had a back to rush for 180 yards. Lee will host Saraland next week.

Woodyard and Williamson High School were defeated by Anniston 25-16 in a shocker in the first round of the 4A playoffs.

Like other Alabama commits, Williamson spent some times on both sides of the football Friday night. He pulled in a 10-yard touchdown reception in the second quarter to put Williamson on the board.

﻿
How Alabama players reacted to Joe Biden winning the election