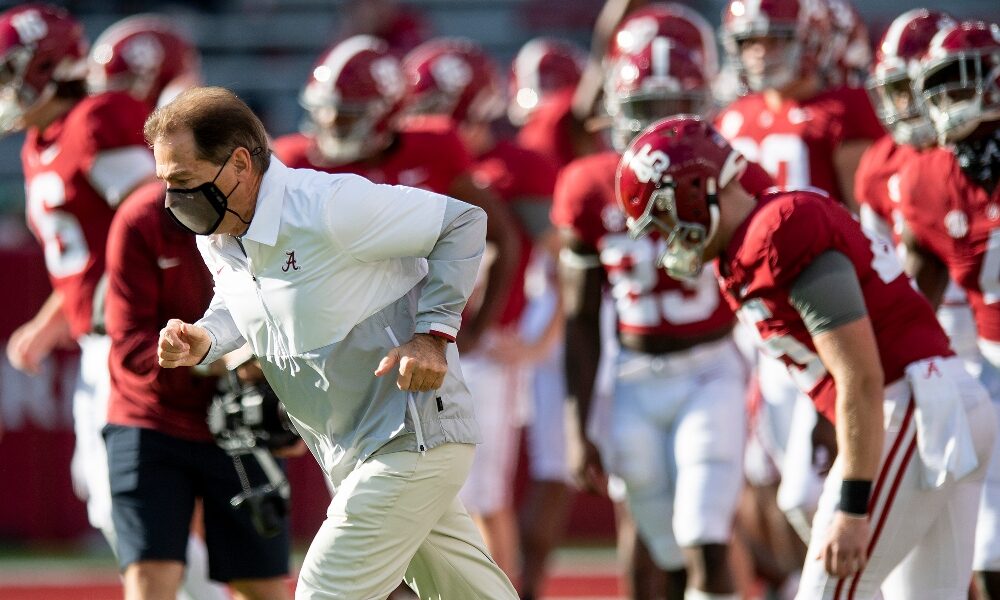 It’s been a strange two weeks and the first half of the Alabama-Kentucky game has been no different.

With a lopsided time of possession, a discrepancy in total yards and a bad snap mixed in, the Crimson Tide have found its way to a 28-3 lead at the half.

Unlike the beginning of the season, the Alabama offense has seen some struggles in the run game to start things off as the Wildcats had done a solid job in halting the attack. But quarterback Mac Jones hasn’t blinked as he turned in another efficient half for the Crimson Tide offense.

It wasn’t until the end of the second quarter where Najee Harris was able to break away for a long touchdown run but it came at a timely moment as it broke the back of a Wildcat defense that had played well up until the 42-yard run.

A bit of history had also been made in the opening quarter as wide receiver DeVonta Smith became the team’s and conference’s all-time leader in receiving touchdowns with a 10-yard grab in the back of the endzone.

Alabama’s offensive leaders in the first half:

Defensively Alabama had seen some struggles up front against a run committed Kentucky offense. The Wildcats saw a lot of success on the edge as it was able to turn to the corner for big gains in the run game.

Quarterback Terry Wilson was also able to make a few plays in the short passing game on some slant patterns.

But to give credit where it’s due, Pete Golding’s defense locked up in the redzone against Kentucky as it did not allow a touchdown in the first half. A bad snap on a field goal attempt for the Wildcats also shifted all momentum to Alabama which helped jump-start the team on both sides of the football.

Alabama’s defensive leaders in the first half: