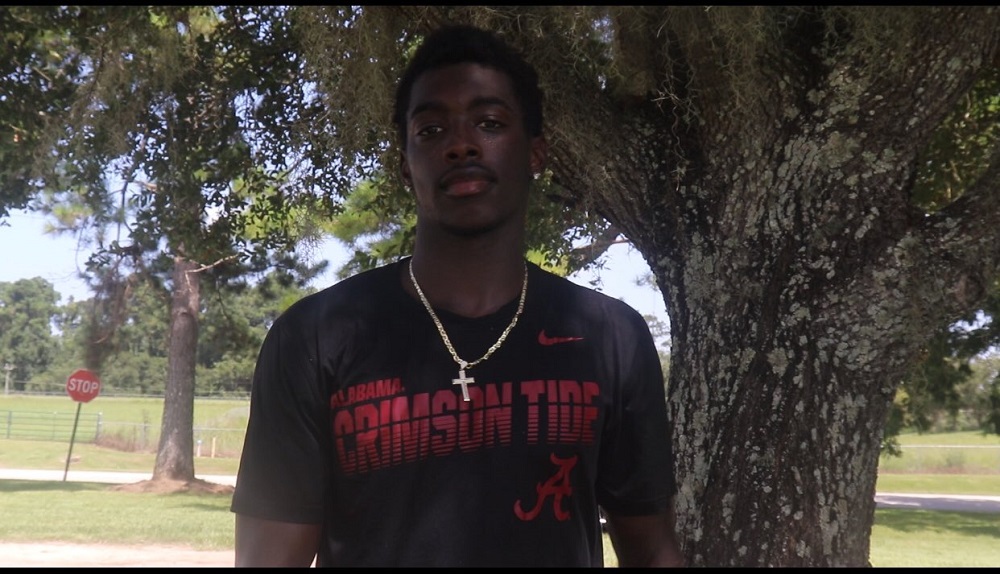 The Tallahassee, Florida product included Alabama, Georgia, Texas A&M, Florida and LSU in his latest top school cut. Arnold previously had a top 11. An official decision is still months away for Arnold as he plans to sign Feb. 3 during the traditional signing period.

Alabama has been a staple in Arnold’s recruitment for quite some time. They have shown major interest with Nick Saban being heavily involved in the Crimson Tide’s push for the elite defensive back. In an interview with Touchdown Alabama in October, Arnold said Saban contacted right before his football game and told him to “go out and dominate.”

There is an interesting twist to Arnold’s recruitment that could help the Crimson Tide reel him in. He has expressed he wants to play with Xavian Sorey at the next level. Sorey is a 4-Star athlete, who will announce his decision on Dec. 16.

Sorey will choose between Alabama, Georgia and Florida.

“It is like a brother to brother relationship with him,” Arnold told Touchdown Alabama. “We met through the recruitment process. He stays 45 minutes to an hour away from me and we kind of bonded through that, taking visits together and going to different camps. We have the same top schools looking at us, and if I get a chance to play with him, it will be amazing.”

The St. John Catholic product is also not afraid to make contact and lay some punishing tackles on ball carriers.

Arnold wanted to get to Tuscaloosa last weekend for the Iron Bowl but was unable to do so. However, he does plan on visiting Tuscaloosa before he announces his decision on Feb. 5.

The Crimson Tide currently have five 2021 prospects committed, who are expected to play within the secondary. Arnold would be a nice addition to this group