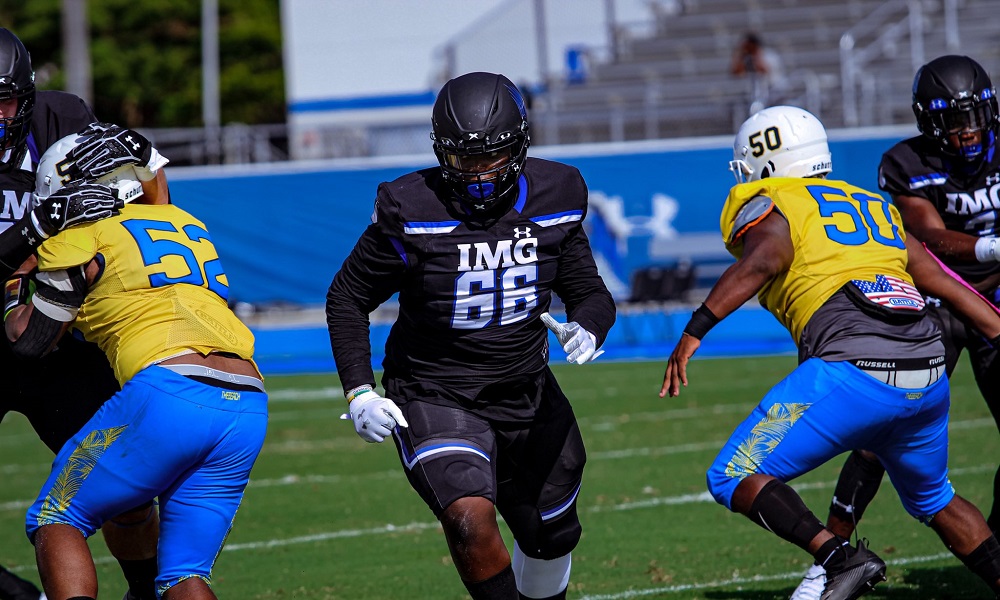 #Blessed To Receive An Offer From The University Of Alabama 🐘#RTR #RollTide #AG2G pic.twitter.com/yQav9SHl0W

“It felt great,” Bah said. “Alabama is always everyone’s favorite growing up. It is one of the top programs in the nation year in and year out. It was a dream come true. I was super excited. It is a great opportunity.”

Alabama’s offer came two days after Bah released his top eight. The 4-Star prospect included Texas A&M, Florida, Florida State, Michigan State, Penn State, Oklahoma, Ohio State and USC in his first top schools’ cut. Bah does plan to give Alabama a good look despite already having a top eight because he feels their player development is second to none.

“They are known for developing NFL talent,” Bah added. “That is their model. This year they have best offensive line in the nation. Their offense is killing it because they develop great offensive linemen. Some of the best players in the NFL came from Alabama. It is a great aspect of the program. Nick Saban is the G.O.A.T”

The 2022 prospect possesses a massive frame at 6-6 and approximately 320 pounds. IMG Academy used Bah as an offensive guard for most of his junior season, but he has experience playing offensive tackle. He said he plans to work on moving with a purpose this off-season.

“I can work on taking better steps for sure,” Bah said. “I feel my strengths are my motor, my ability to finish blocks and get to the second level.”