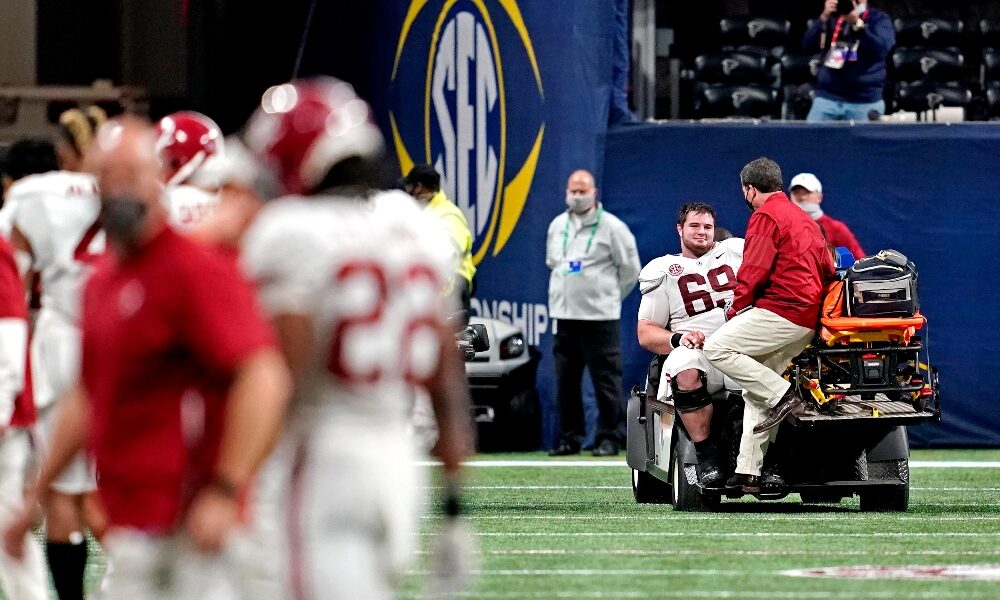 Although Alabama was able to come away victorious in the SEC Championship, it may have done so at the cost of one of its most important players.

Near the end of the fourth quarter center, Landon Dickerson went down with a knee injury after a DeVonta Smith touchdown. Dickerson had to be carted off of the field and did not return to the game.

During his postgame press conference head coach, Nick Saban gave an update on the heart of their offensive line. And it may not be the best news at the moment.

“He has a knee injury,” Saban said. “We don’t know the extent of it. We’ll do an MRI tomorrow and find out. It’s pretty serious, I think, but we don’t know how serious.”

Dickerson has started every game this season for Alabama at center after spending last season at both guard and snapper.

Following his injury, the entire Alabama team rushed onto the field to embrace Dickerson before he left the field.