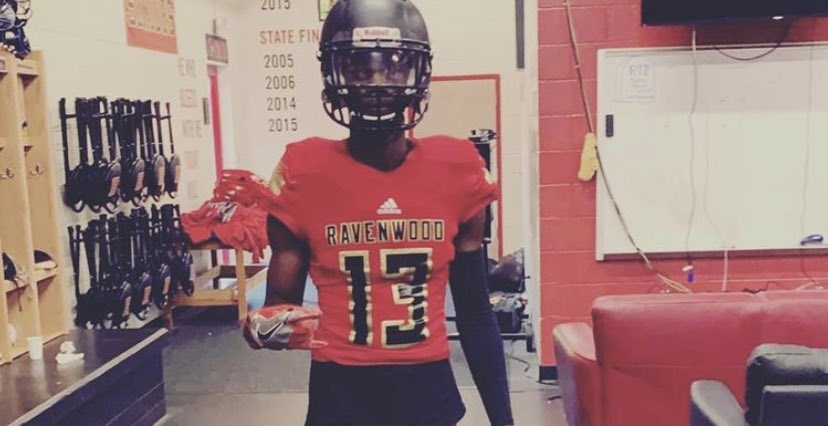 Alabama football offered 2022 four-star defensive back, Myles Pollard earlier this month after being very impressed with his junior season production.

Beyond thankful to receive an offer from The University of Alabama! #RTR 🐘@iamcoachscott #TNSelect7v7 pic.twitter.com/4cJFpHhft4

Pollard is a product of Ravenwood High School in Brentwood, Tennessee. He currently holds more than 20 D1 offers. The Tide’s coaching staff kept tabs on Pollard throughout his junior season and made sure he knew they were interested.

“Coach (Kyle) Flood messaged me two weeks before and expressed that they were heavily interested in me,” Pollard said. “They said they had been looking at me throughout the season.”

Alabama’s defensive back coach Karl Scott informed Pollard that he had received an offer from the Crimson Tide.

“I was very excited,” Pollard said. “It is Alabama. It is the best program there is. Nick Saban is one of the greatest coaches ever, and it would be big to be coached by him. They produce big-time defensive backs every year. It is something I will keep in mind because going to the NFL is the goal. ”

Several aspects of Pollard’s game stood out to Alabama’s coaching staff. They told him that they feel he is a well-rounded defensive back.

“They said that they like my size and how physical I am,” Pollard said. “They said I have the full package because most corners in today’s game can cover, but they can not tackle. They feel I can do both.”

Pollard currently stands at 6-foot-2 and weighs 185 pounds. That is a great size for a defensive back, and he could add an inch or two before he enrolls at the university of his choice. Pollard said he feels he brings a lot to the table.

“I feel I am great at press and man coverage,” Pollard said. “I can also come downhill and make big hits.”

Alabama currently has one commit in the 2022 recruiting class. Pollard is most definitely a name to watch moving forward.