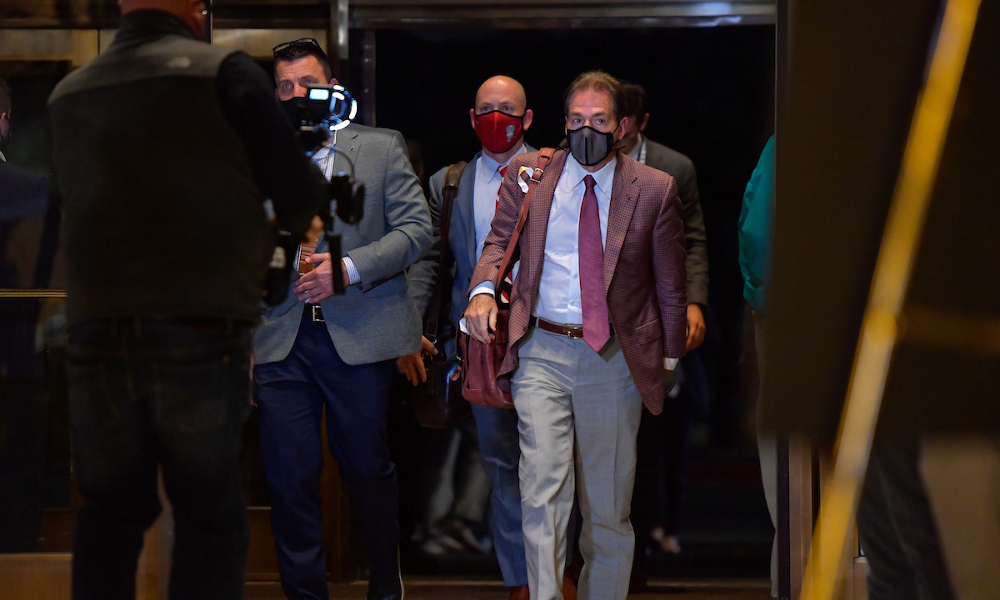 The champions of the Southeastern Conference have arrived in Arlington, Texas.

Nick Saban and the University of Alabama football team made it to the venue on Thursday, as it is ready to battle Notre Dame in one of two College Football Playoff semifinal matchups.

The Rose Bowl is scheduled for Friday at 3:00 p.m. CT at AT&T Stadium, and the Crimson Tide is going after its 18th national championship in school history. Listed below is a video of the team’s arrival to the stadium on its bus.

After missing the CFP in 2019, fans of the Tide want to see its team dominate the Fighting Irish.

ESPN will have the call on the contest to open 2021.