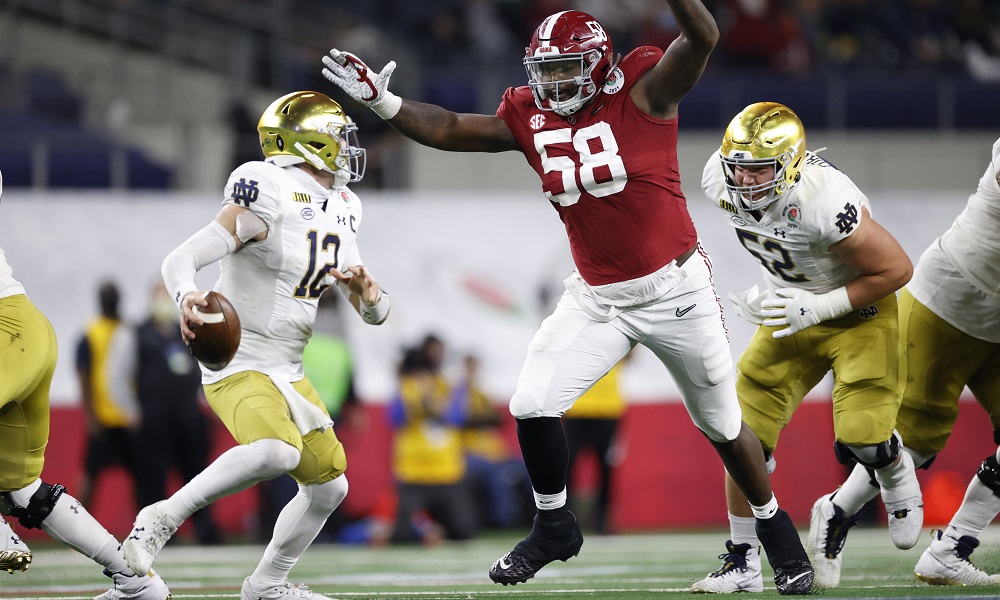 After a 31-14 victory over Notre Dame in the Rose Bowl, the Alabama coaching staff has named seven Players of the Week in nine spots.

Alabama’s Will Anderson and Josh Jobe were named twice on the list being awarded players of the week for their efforts on defense and special teams.

The two defenders were also joined by Christian Barmore and Charlie Scott on special teams.

On offense, the staff named Mac Jones, DeVonta Smith and Alex Leatherwood as the top players from the win from last Friday.