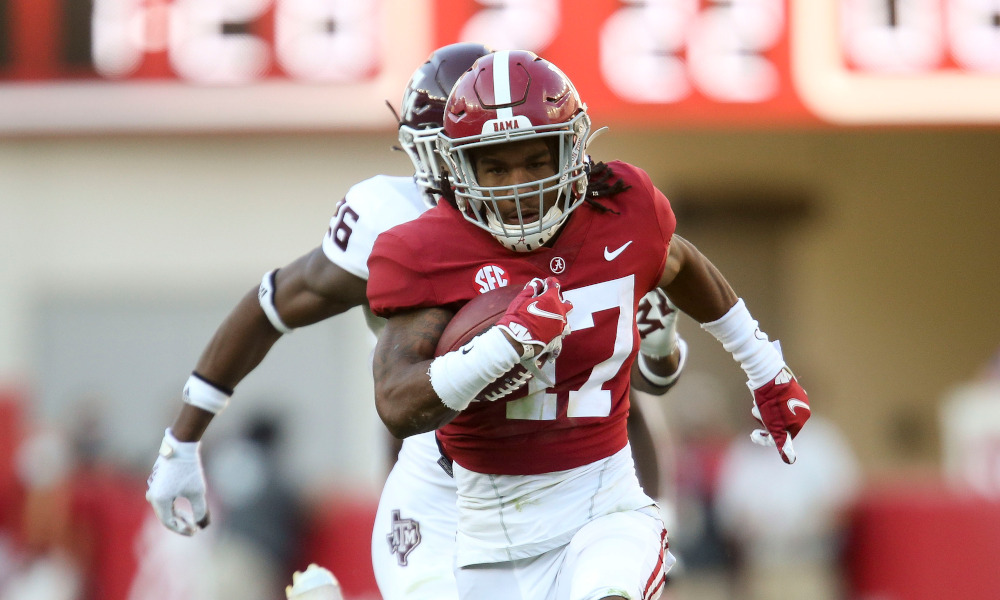 After returning to practice on Tuesday it looks like Alabama wide receiver Jaylen Waddle has positioned himself for a chance to play in the final game of the season.

When speaking to reporters on Thursday head coach Nick Saban gave the latest update on the star receiver.

“He has been able to practice some,” Saban said. “His status for the game is relatively up in the air and will probably be a game-day decision.”

Saban said what is most important when it comes to trying to get these players back after serious injuries is what sort of workload is manageable for them and how they respond to it. That is what needs to monitored for Waddle’s return.

“I don’t have any crystal to know,” Saban said. “The issue with injuries is when a guy does practice, how does he respond to the workload? Sometimes if a guy practices one day and gest sore the next, you can’t practice him the next day, so you just keep trying to build up his workload to where he might be able to play. So that’s a work in progress right now, and you really can’t predict where he might be, and then other guys seem to get stronger, every day they practice, they get a little bit better.”