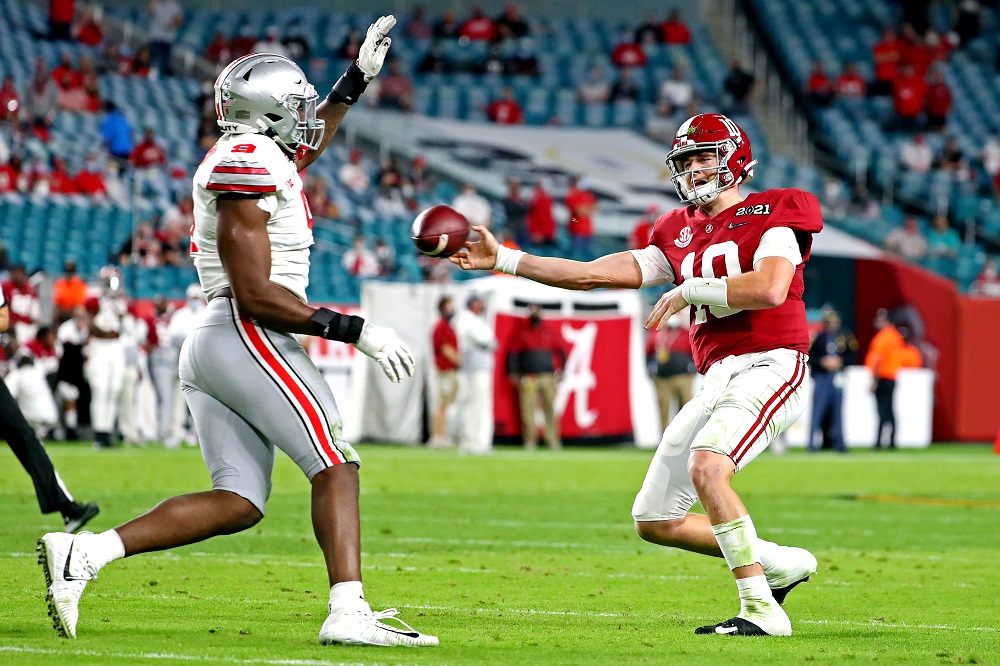 Alabama fans reacted via social media to the Crimson Tide picking up a win over Ohio State in the National Championship game Monday.

Here are their reactions:

National Championship in a picture? pic.twitter.com/CGspo7oJYw

Alabama wins 18th National Championship! Great rivalry ! Congrats @OhioStateFB for a great season! @RepBeatty I got just the right space for my new championship ball! Thanks for being such a great sport! #RollTideRoll @AlabamaFTBL pic.twitter.com/g81JPLOUin

There is a little bit of the Bear in Saban!! pic.twitter.com/GUXrFbU2n0

Congrats to Nick Saban and the 2020 Alabama Crimson Tide pic.twitter.com/Vl2z3SN08H

Went Undefeated & Won the Natty.
In the middle of a panoramic!! ROLL TIDE, Now. Forever. And Always!! pic.twitter.com/xGZP4IjDct

Remember when they said the dynasty was over and bama wasn't gonna get another title? pic.twitter.com/YdlTCzBxdb

Amazing! Those boys fought through a tough season of having to be disciplined with the COVID regulations. I couldn’t be more proud! ROLL TIDE!! 🅰️🐘

This is a special team of gentlemen. So proud of them. Thank you to Coach Saban and this team!!! RTR

It feels great!!! We had a lot of guys who could have left last year in the draft. However they came back and did what they set out to do.

This team is full of players to use as examples of work hard, over come adversity, never give up, and stay humble. To see Waddle out there told me more about this team than most else. Thanks #Bama for a hell of a season