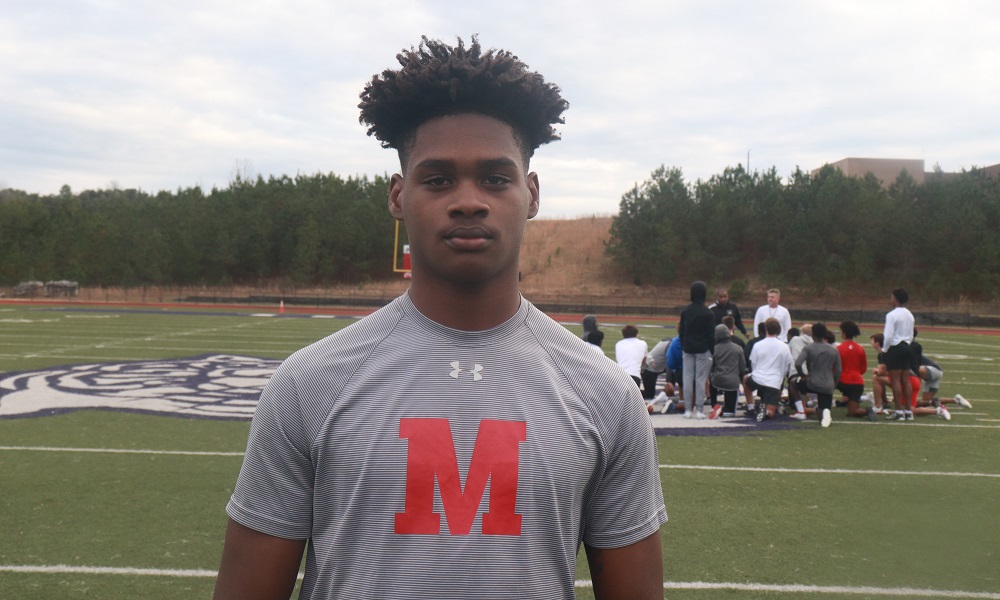 Alabama football has benefited  from the state of Alabama having a good group of in-state talent in recent years and prospects like Sylvester Smith prove this is not going to change anytime soon.

Smith is a product of Munford High School in Munford, Alabama. He has pulled in offers from Tennessee and Mercer so far. At 6-foot-1 and 190 pounds, the ceiling is high for this rising prospect.

The sophomore put together a solid outing this season. He was a weapon on both sides of the football for the Lions. As a safety, which is where most schools want to play him at, Smith showed great anticipation and destroyed ball carriers while coming down hill.

Smith’s toughness translated over to the offensive side of the football. He ran the football with a lot of strength as a running back. The Munford product was also able to show he was quite the athlete with his ability to weave through traffic with impressive speed.

Alabama football has offered a couple of 2023 in-state prospects. Peter Woods and Tony Mitchell headline this group of recruits. Smith grew up an Alabama fan and feels it will be a dream come true to play college football in Tuscaloosa.

“I love Alabama,” Smith said. “It has been a dream all my life to play at Alabama. I just like the atmosphere up there.”

Nick Saban has expressed he wants to make sure that the state of Alabama is well-represented on the Crimson Tide’s roster. Smith is an in-state recruit Tide fans need to keep an eye on.