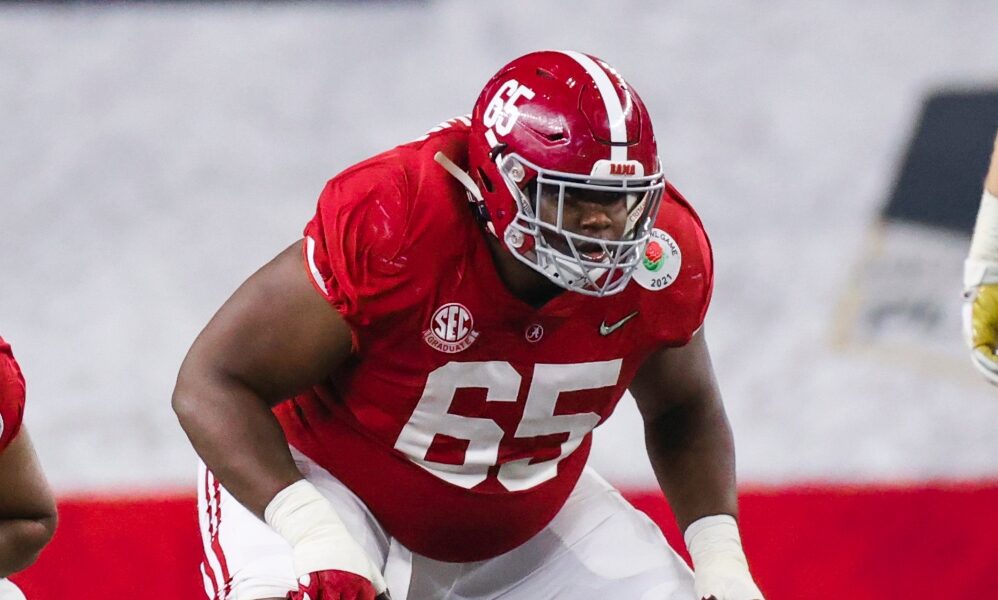 Deonte Brown isn’t wasting any time when it comes to major life decisions.

On Thursday it was announced that Brown had signed with Young Money APAA Sports who will represent him in his professional career.

We are excited to announce that Deonte Brown has joined our FAMILY!

6-foot-4, 350-pound MONSTER! Deonte Brown did not allow a single sack across 4 seasons at @AlabamaFTBL

The 350-pound guard did not let up a single sack in his four seasons for the Crimson Tide and he started every single game at left guard in 2020.