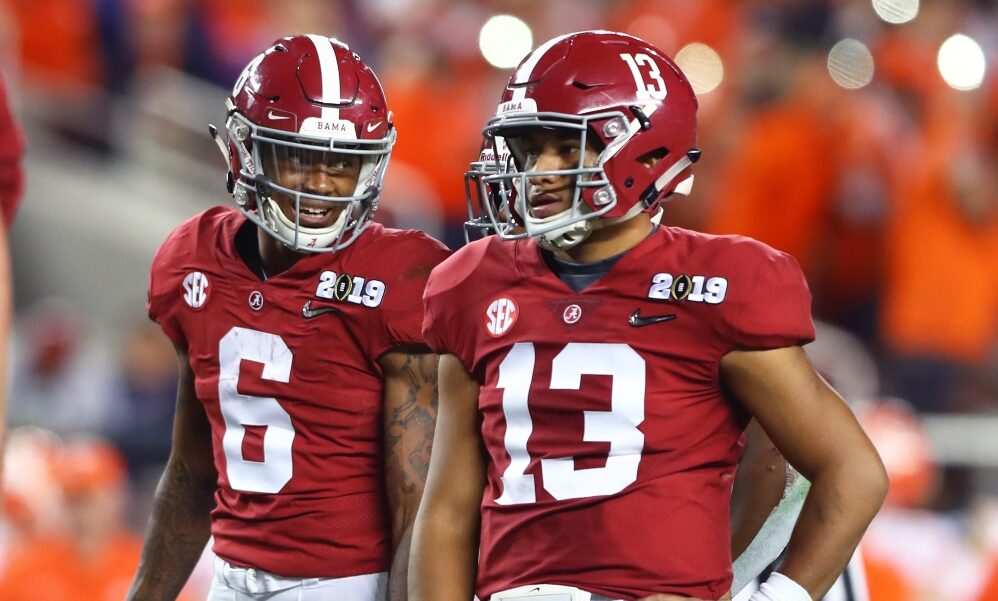 The Miami Dolphins are looking to make a big splash in the coming months during the 2021 NFL Draft. If they stand their ground and hold their picks, head coach Brian Flores and general manager Chris Grier will more than likely be looking to make some upgrades on offense.

Coming off a season that is looked upon as an overachievement, the Dolphins narrowly missed the playoffs with a record of 10-6 with the winning directly correlating with Tua Tagovailoa taking over as the starting quarterback.

In the nine games he started, Tagovailoa led the Dolphins to a 6-3 record while throwing 11 touchdowns and completing 64% of his passes.

But the young quarterback saw his fair share of struggles to end the season where he was benched in the fourth quarter of a win against the Oakland Raiders and later had a three-interception game against the Buffalo Bills the following week.

Although Tagovailoa still has some questions to answer about his own game, it should be noted that the Dolphins did not have a consistent run game or a healthy and talent-rich receiving corps throughout the entire season.

With a defense that looks to be turning into a dominant force in the league, it makes the most sense for Miami to look at picking up a receiver in the upcoming draft.

And there may not be a better match than DeVonta Smith.

The two have obvious chemistry with each other and have even discussed the possibility of a reunion down in South Beach.

“We just talked about it would be nice to run it back again,” Smith said to NFL Network after Tuesday’s practice at the Senior Bowl. “Not too much, but somewhat talked about it.”

The Dolphins have already committed to Tagovailoa for 2021 stating that he will be the team’s quarterback moving forward. So if the franchise wants to get the most out of its dynamic southpaw, it may opt to pair him with one of his former “rydeouts”.