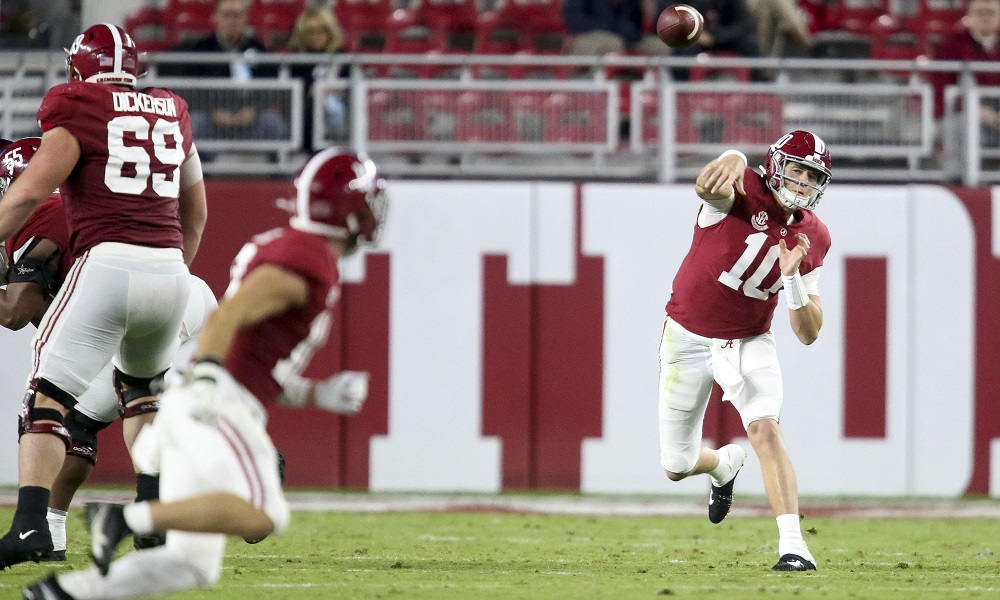 Alabama will be losing a great deal of talent heading into next season, but the athletes on the team will also be watching some of their good friends move on to begin their lives.

One on-field connection that will be leaving the Crimson Tide will be the one between Mac Jones and wide receiver Slade Bolden. The two have been known to be close friends over the years with Jones working with Bolden on numerous occasions outside of practice in order to become the player he is today.

In 2020 the duo was able to see extensive playing time on the field which culminated with Bolden catching his first career touchdown in the national championship game against Ohio State.

With Jones leaving for the NFL, Bolden decided to pay his respects to his departing quarterback with a tribute video.

Both players have taken pride in modeling their games after Tom Brady and Julian Edelman and it proved true as Bolden created a similar tribute video to Edelman’s when Brady left the New England Patriots for the Tampa Bay Buccaneers.