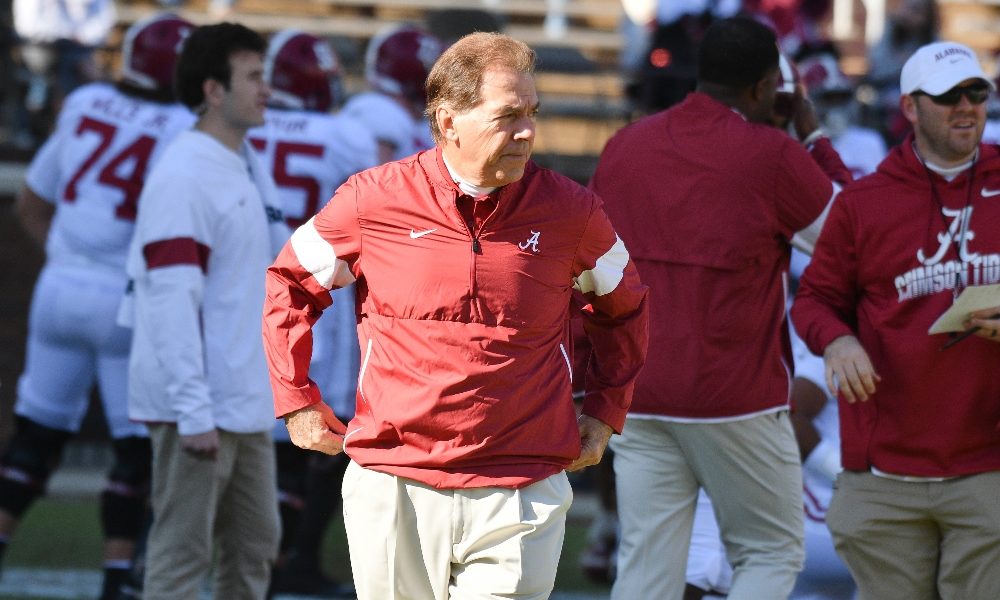 On Tuesday Alabama announced the addition of Todd Watson to the coaching staff who will be serving as the special assistant to the head coach.

“Todd has a long history as a successful high school coach in Alabama and more recently in the college game on the operations side,” Nick Saban said in a release. “We are excited to add his knowledge and experience to our staff. Todd has always been someone we have had the upmost respect for as a person and a coach.”

Before his stint at Tennessee, Watson was the Director of Football Operations and High School Relations at Troy from 2015-17. Watson was also one of the most successful high school coaches in Alabama before joining Troy.

He coached at Foley High School for 10 seasons and posted a record of 80-36 and coached future star players for the Crimson Tide like the Atlanta Falcons Julio Jones along with other NFL players like Robert Foster and D.J. Fluker.

“It is an honor and a privilege to have the opportunity to work for the most storied program in college football history,” Watson said in a release. “My family and I are excited to be back in the great state of Alabama and look forward to being on Coach Saban’s staff.”

The release stated that Watson’s responsibilities will range from working in high school relations, offensive and special teams game preparations and breakdowns while also assisting with camps and clinics.