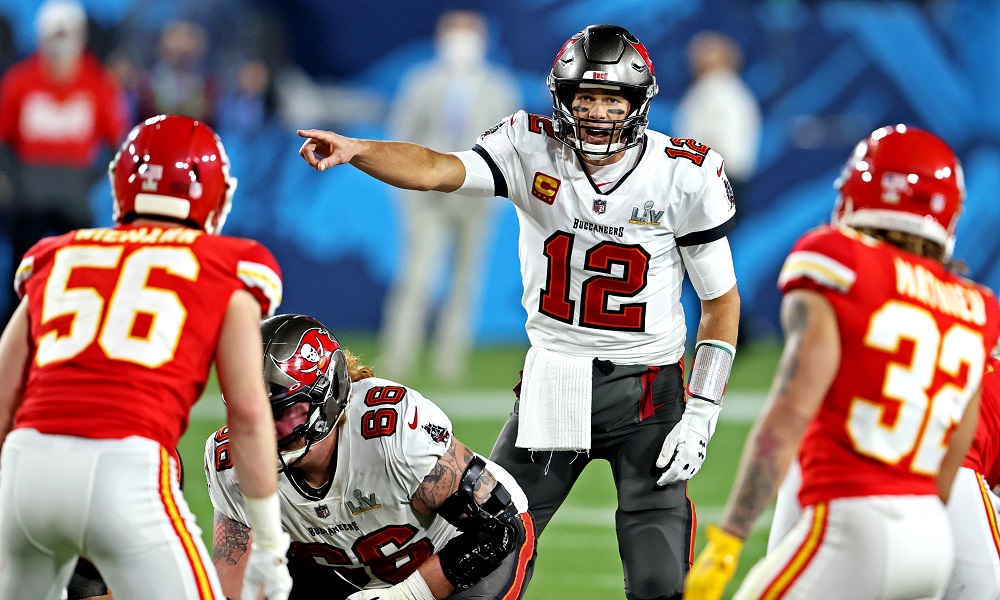 The Tampa Bay Buccaneers and Kansas City Chiefs are winding down Super Bowl LV in Raymond James Stadium in Tampa, Florida and Tom Brady is on pace to win his seventh championship in 10 tries.

During the third quarter, Brady, who uses a multitude of different cadences for audibles, rehashed his “Alabama” audible call, much like he did in a previous Super Bowl against the Atlanta Falcons.

With Nick Saban winning his seventh championship as a head coach when the Alabama Crimson Tide defeated the Ohio State Buckeyes, it’s apropos that Brady use the Tide to pay homage from one great to another.

Tom Brady breaks out the "Alabama" audible in the Super Bowl. #SuperBowl pic.twitter.com/3PuTHGe3fS