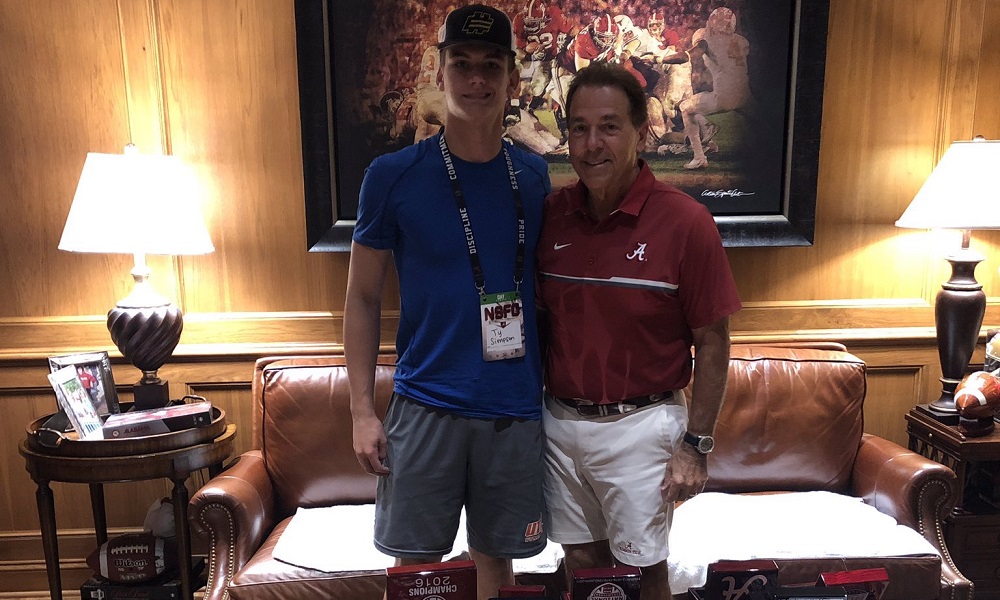 Simpson is a product of Westview High School in Martin, Tennessee. He is the Crimson Tide’s fourth commit in the 2022 recruiting class. The Crimson Tide beat out Clemson and Tennessee to get Simpson’s commitment.

The Tennessee product currently stands at 6-foot-2 and weighs approximately 180 pounds. Simpson is an exciting player to watch with his ability to extend plays and throw the football on the run. He is very dangerous when the play breaks down and he has to make something out of nothing.

Westview head football coach, Jarod Neal said he feels Simpson is a different type of quarterback with his ability to make plays on the run.

“It is different and special,” said Neal. “His ability to avoid a sack is really good. Every now and then, you get nervous when he does that because sometimes he will get caught and get sacked, but he also gets away a lot. His throwing ability is very good on the run, and he can make some tough throws.”

Nick Saban has consistently pushed to add at least one quarterback in each recruiting class. Simpson feels that need for the Tide in the 2022 recruiting cycle.