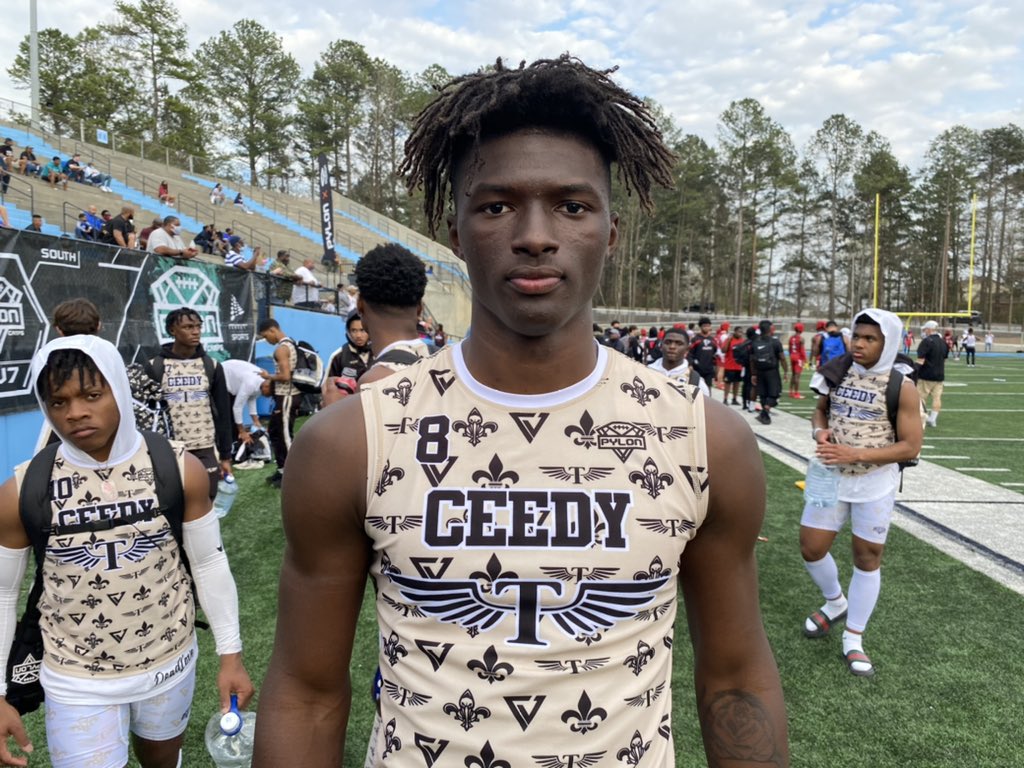 Williams picked up his first D1 offer on New Year’s Day when Miami offered, and things took off from there. The Florida product pulled in 25 offers in that month alone. Alabama became the 26th program to offer Williams in late February.

The 2023 prospect said he was hoping and waiting for an offer from Alabama.

“I went through the roof,” Williams told Touchdown Alabama. “I was waiting  on that offer. I did not know it was going to come. I did not even know they were going to look my way. I have been hoping and wishing for that offer for a minute. I was really excited.”

The Crimson Tide has had no problem with recruiting wide receivers as of late. This is a result of how they use their current wide receivers and the success that multiple wideouts have had in Tuscaloosa in recent years. Like many other top wide receivers, Williams is a fan of the way Alabama uses its wideouts.

“I like the way they throw the ball,” said Williams. “They are going to be one of my top schools for sure. I am a wide receiver, so I want to get as many opportunities as possible to catch the football in college. It is a great program. They have gotten a lot of guys to the league. They are also a discipline program. You can tell that by how many championships they have won and by how guys carry themselves after they leave Alabama.”

Touchdown Alabama saw Williams in action at The Pylon 7v7 event in Atlanta over the weekend. The 6-foot-4 wide receiver proved to be tough to guard in jump-ball situations as he pulled in multiple contested catches. His route running was also pretty impressive.

Alabama fans, if you do not know Hykeem Williams @tha_boikeem, you need to get to know him.

The 6-4 2023 WR out of Florida, who Alabama offered last month is special.

Alabama’s coaching staff expressed to Williams they liked several parts of his game when they offered him.

“They were impressed with how big and physical I am and how I run routes,” Williams said.

Alabama signed three wide receivers from the state of Florida in the 2021 recruiting cycle. A total of five Florida wide receivers have signed with Alabama over the last two years. Williams could be the next prospect to continue the Florida to Alabama pipeline.