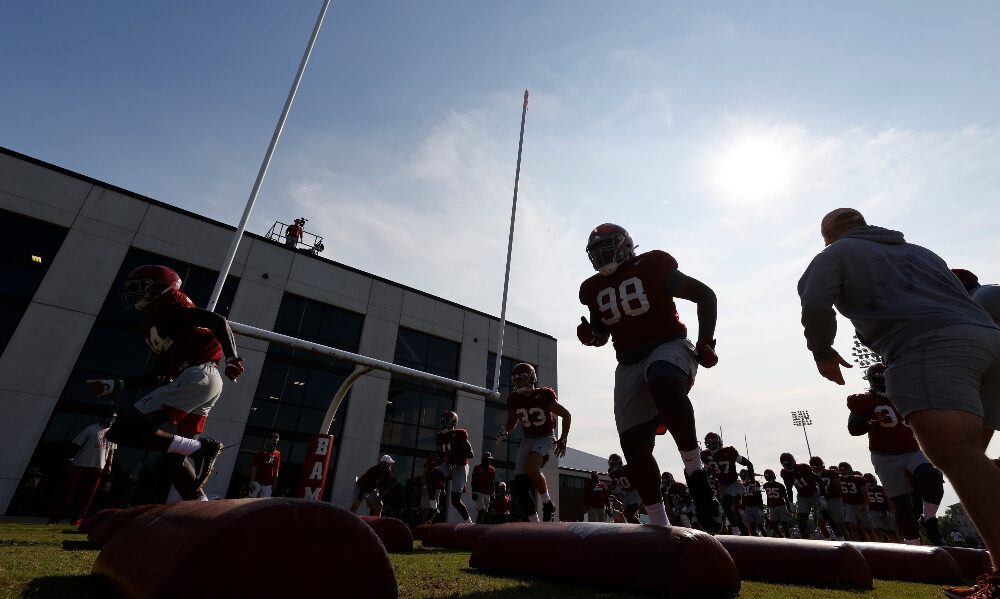 On Wednesday a bevy of storms, tornado watches and warnings proliferated across the state of Alabama.

Storms this time of year usually bring some unsettling images and videos with the one from earlier this week being no different.

One student on the University of Alabama campus was able to capture a massive lightning strike outside of the Alabama football team’s training facility.

Lightning strikes Alabama football complex as a series of storms traveled through Tuscaloosa and the state of Alabama yesterday.

The video was originally captured by UA student and member of the university track and field team Steven Pate.

Pate explained on social media he was walking his dog while those sheltering in Tuscaloosa were given a temporary all-clear and decided to record the skyline when the lightning struck.

Although tornados did not hit the city of Tuscaloosa there is still widespread damage across the state in numerous other central Alabama counties.