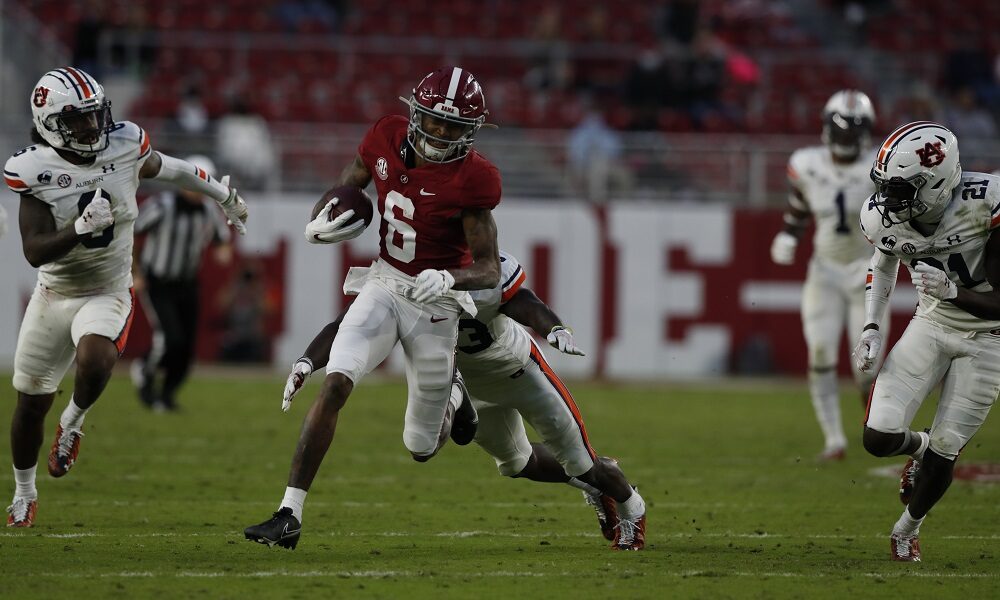 Although they all haven’t been teammates for years, DeVonta Smith still keeps in touch with his two former quarterbacks.

Jalen Hurts and Tua Tagovailoa, who are no both starting quarterbacks in the NFL both shared the same field with the Heisman Trophy winner from 2017-19.

Hurts transferred out from the University of Alabama when he lost his job to Tua Tagovailoa in 2018 and found success at Oklahoma where he was a Heisman finalist and an eventual second-round pick for the Philadelphia Eagles. He and Smith have shared conversations surrounding a potential reunion in the City of Brotherly Love as well as other advice for taking on the league.

“Me and Jalen, we talked recently, not just about (potentially becoming teammates), but just how the process and things are going,” Smith said during a Zoom conference on Monday. “And how’s my training going, and catching up on life things and stuff like that.”

Much of the same came from his latest conversation with Tagovailoa as the two friends relationship goes beyond football.

“We talked, more just about in football and general and life things,” Smith said on Tagovailoa. “It’s bigger than just football with us.”

Smith is looked at as one of the top wide receivers in the draft and both the Eagles and Dolphins are receiver needy following their previous seasons.

Miami currently possesses the third overall pick and Phiadelphia sits behind them with the sixth overall pick. Although Tagovailoa will have the first chance at possibly reuniting with his former receiver, Smith still has convincing to do to separate himself from the other top wideouts in the draft such as JaMarr Chase and teammate Jaylen Waddle.