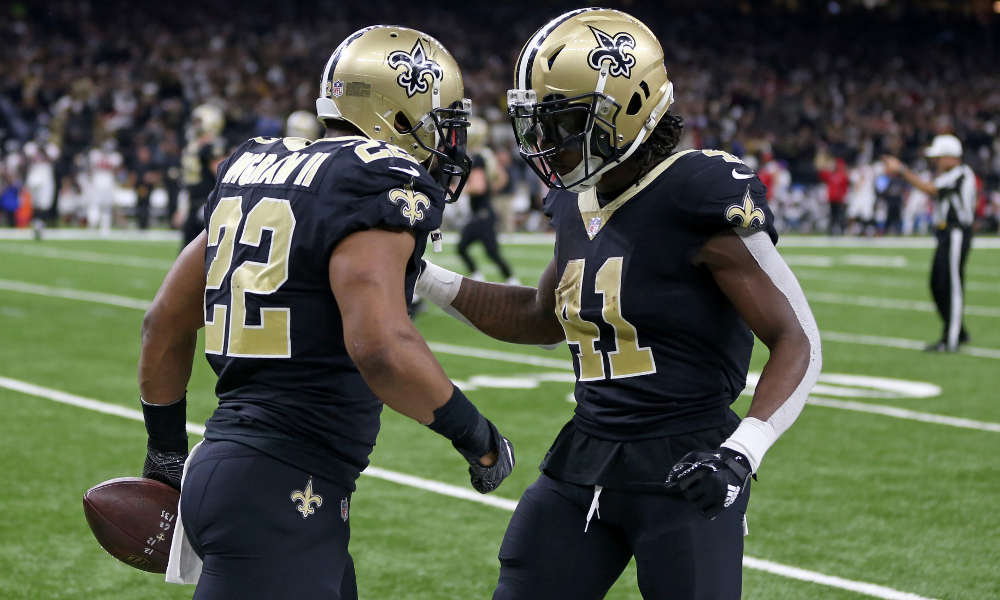 Alabama’s roster has been packed to the top with talent at nearly every position since Nick Saban first arrived in Tuscaloosa. It’s never out of the ordinary for the Crimson Tide to have multiple pros at each spot, but the running backs room in 2013 was something entirely different.

During that season, the backfield possessed one of the college football’s best backs in T.J. Yeldon along with three future NFL stars in Derrick Henry, Alvin Kamara and Kenyan Drake. Along with those four also was four-star back Altee Tenpenny.

With so much talent and only so few snaps to be shared, Kamara and Tenpenny were some of the odd ones out when it came to playing time.

While speaking with Fox Sports’ Shannon Sharpe on his internet show “Club Shay Shay”, Kamara joked about how he and the late Tenpenny didn’t make the smartest choice for choosing the Crimson Tide.

.@A_Kamara6 on being at Alabama with Derrick Henry, TJ Yeldon & Kenyan Drake:

“Not thinking there’s 7 guys, 1 football and 10 games. We get into the room for the first RB meeting, me and Altee looking around the room like: ‘Man we dumb as hell, what are we doing here?’” 😂 pic.twitter.com/FR6GQqQn8O

“Not thinking there’s seven guys, one football and 10 games,” said Kamara on his decision to going to Alabama. “We get into the room and for the first running back meeting, me and Altee (Tenpenny) looking around the room like: ‘Man we dumb as hell, what are we doing here?”

Kamara’s time at Alabama was short and painful for the young back at the time. He suffered a knee injury early on in his career and was forced to redshirt his freshman season. The future New Orleans Saints star was never able to crack the running backs rotation and eventually transferred from the university and eventually landed on Tennessee’s roster with Butch Jones.

Despite joining the rival school, Kamara said he and Saban are still close to this day and even joke about the short time they had together.