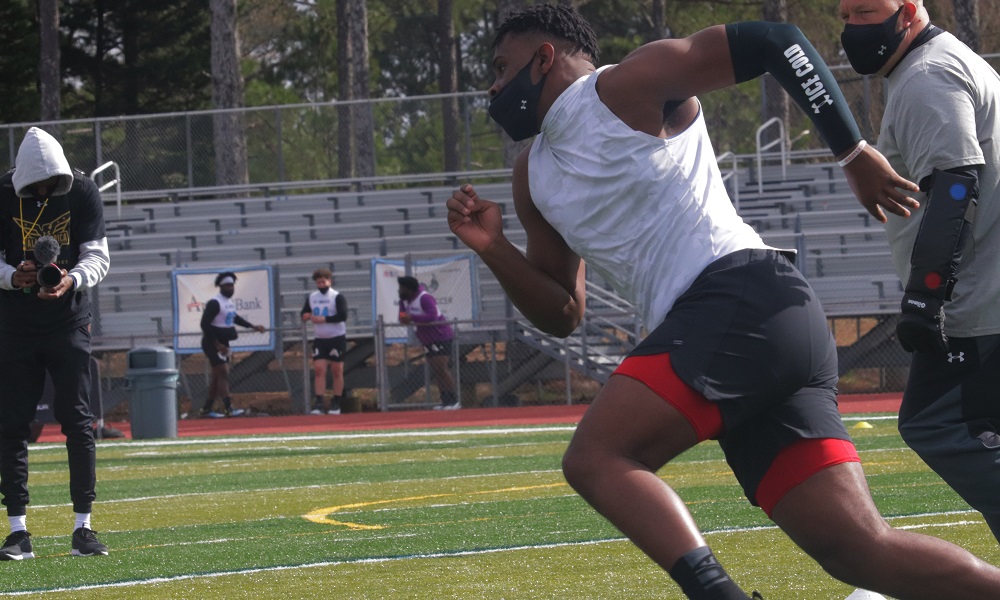 Collins has made a name for himself on the recruiting trail by racking up offers from some of the top programs in the country. The Gardendale High School (AL) product has also accepted an invitation to play in the 2023 Under Armour All-America Game. Collins’ first conversation with Saban led to his offer from the Crimson Tide.

“I was excited and a little nervous,” Collin told Touchdown Alabama. “He said he had been watching my film. He sounded like a great person and someone who is going to keep it real with you.”

“I like Alabama a lot,” Collins said in February. “I grew up a huge Alabama fan, and I fell in love with it again when I visited.”

The four-star defensive end finished his junior year with 85 tackles, four sacks and 15 tackles for loss. He accomplished this by getting off the line of scrimmage with great speed. His ability to time the snap was also pretty impressive. At 6-foot-4 and 250 pounds, Collins has the frame of a future D1 defensive end.

Saban told Collins he was impressed with several parts of his game.

“He said he likes my speed, my size and how I get off the line of scrimmage,” Collins said.

The current recruiting dead period will be in effect through May 31. Many feel the NCAA will lift the dead period this Summer, and several recruits are making plans to visit different programs. Collins plans to do the same and get to Alabama at some point.

“I want to go to a lot of different places,” Collins said. “He (Saban) wants me to get down sometime in June.”