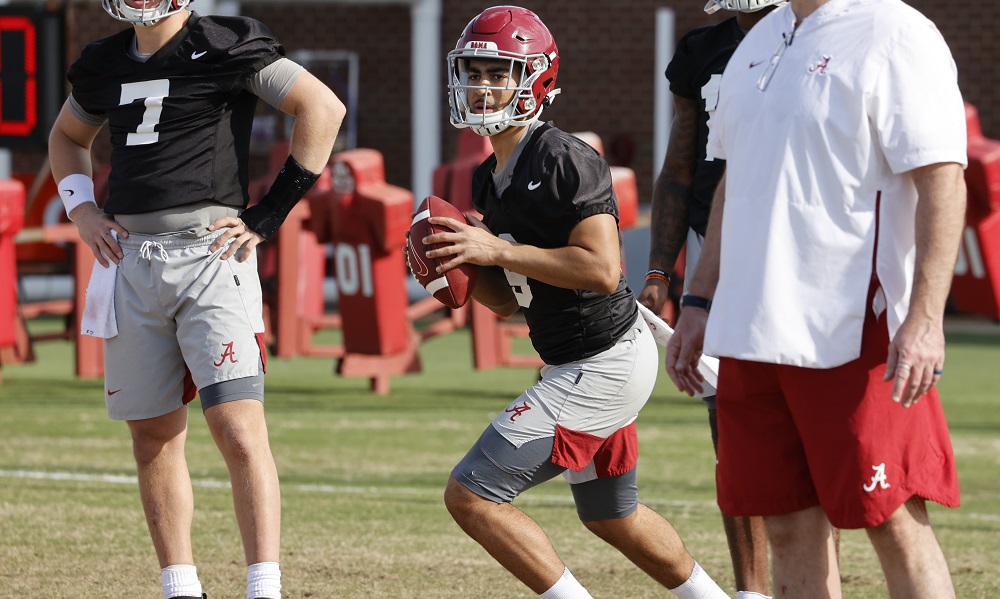 Many have kept a close eye this spring to who will separate themselves in the quarterback room. The expectation from Alabama fans is that sophomore Bryce Young will be called upon to lead the team into battle this upcoming season, and at least for A-Day will be leading the first-team offense.

“Bryce (Young) is the quarterback right now, so he’s going to operate with the first team,” head coach Nick Saban said on Thursday. “There’s competition at the position, but in order for guys to get a lot of reps the next guy has to play with the next guy.”

Despite sharing that Young would primarily work with the first team, Saban made it clear that competition is still taking place and there won’t be much movement on the depth chart following the spring game.

Young has been competing with redshirt sophomore Paul Tyson as well as incoming freshman Jalen Milroe for the starting role. If anything was made clear from Saban’s comments it’s that the competition certainly will not end at the conclusion of the spring.