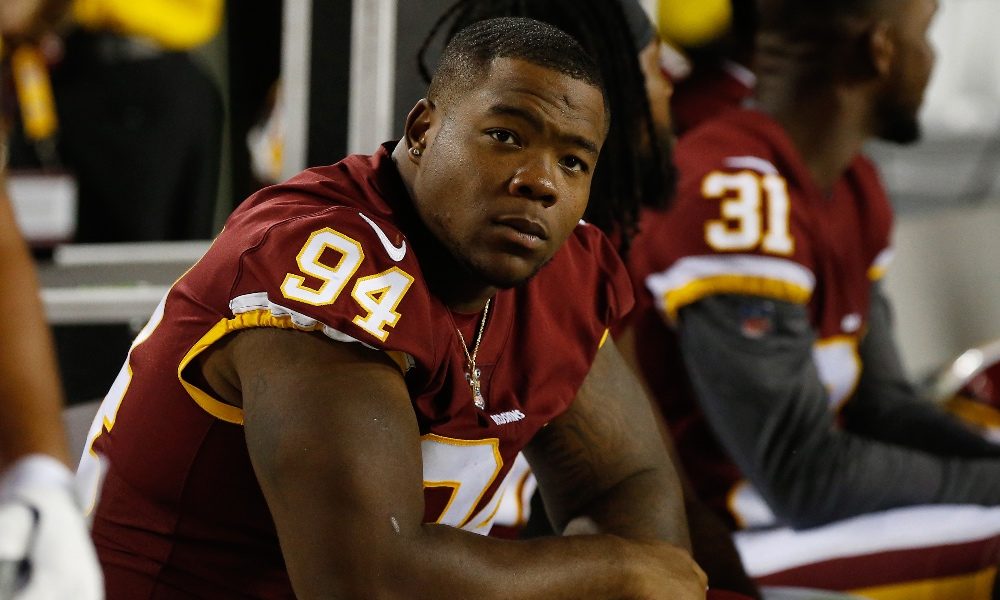 The Washington Football Team has locked in its young defensive tackle for the 2022 season as Daron Payne’s fifth-year option was picked up, the Washington Post reported.

The former Alabama defensive lineman was originally selected with the 13th overall pick in the 2018 draft and has been a solid contributor to the WFT’s defense. In his three seasons with the team, Payne has racked up a total of 166 tackles, 10.0 sacks, 1 interception, nine pass deflections and four forced fumbles.

The Football Team will be looking to take the next step on the defensive side of the ball specifically with the defensive front. The front office has invested a significant amount of resources into the unit, even spending a total of four first-round picks on the line.