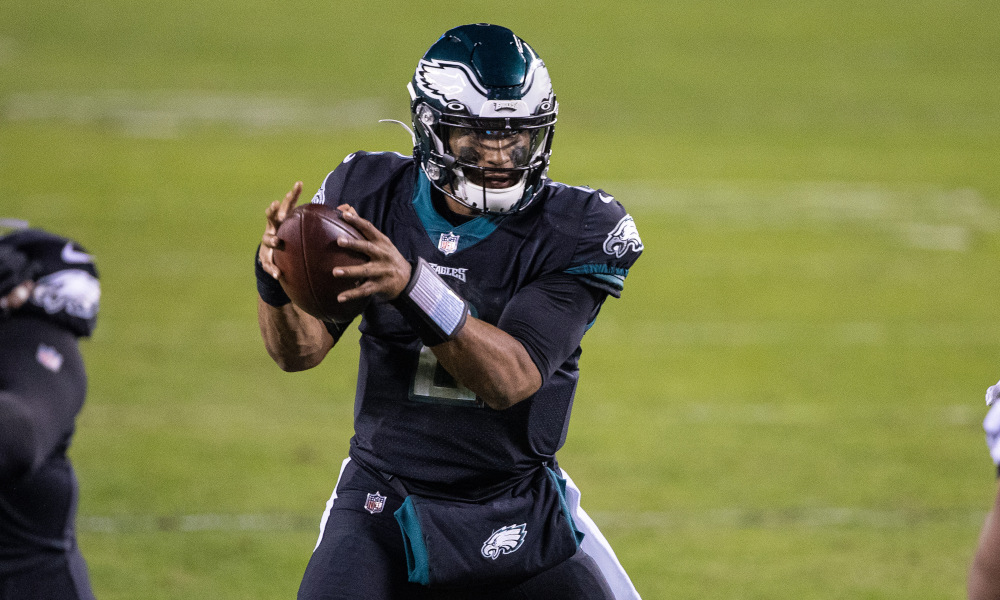 There were a number of reunions on night one of the NFL Draft with JaMarr Chase teaming back up with Joe Burrow and Tua Tagovailoa with Jaylen Waddle. But capping off the trio of meet-ups was DeVonta Smith running it back with former Alabama quarterback Jalen Hurts with the Philadelphia Eagles.

Philadelphia was eager to get the Heisman Trophy winner to the “City of Brotherly Love”, as they traded up to the No. 11 spot in order to pick Smith up.

Hurts was clearly excited to have Smith on his side once again as he displayed his joy online shortly after the selection.

Run It Back Thennnn My Boy! You Deserve It All Brotha , Congrats !! Let’s Get To It ‼️@DeVontaSmith_6

Hurts and Smith were teammates for two seasons at Alabama with Hurts being the starter for one season. They were both a part of the 2018 national championship team where Smith caught the game-winning touchdown pass in overtime against Georgia.