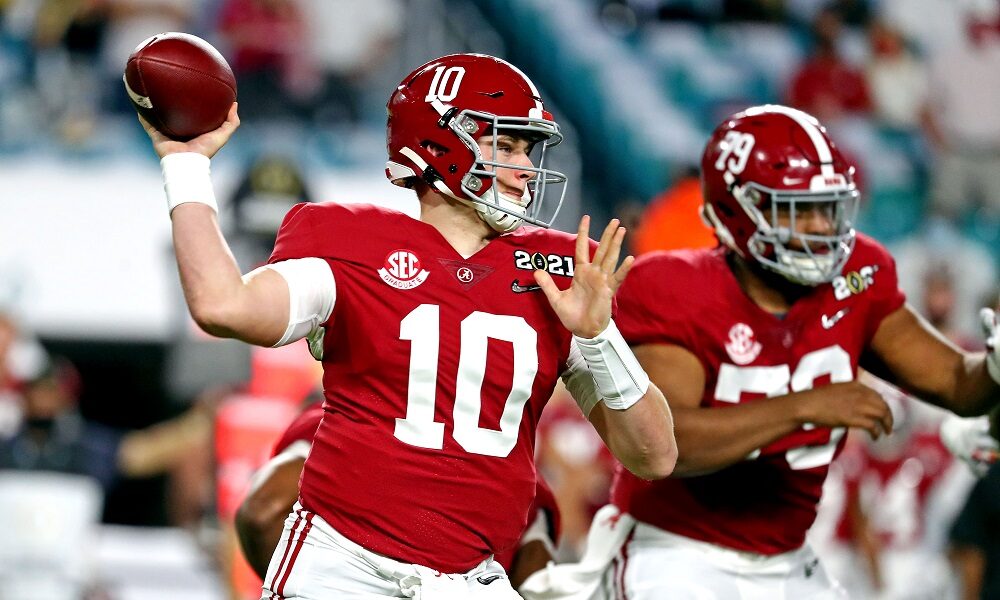 The New England Patriots took Mac Jones at the 15th overall pick in the NFL Draft. After missing out on the playoffs in 2020, New England is set to bounce back with Jones. The former University of Alabama signal-caller led the program to a national championship last season. He set a single-season school record with 4,500 passing yards and tossed for 41 touchdowns.

Josh McDaniels has his pupil for the future in Jones.

Jones has joined Tua Tagovailoa as the second quarterback Nick Saban has placed in the first round of the NFL Draft.