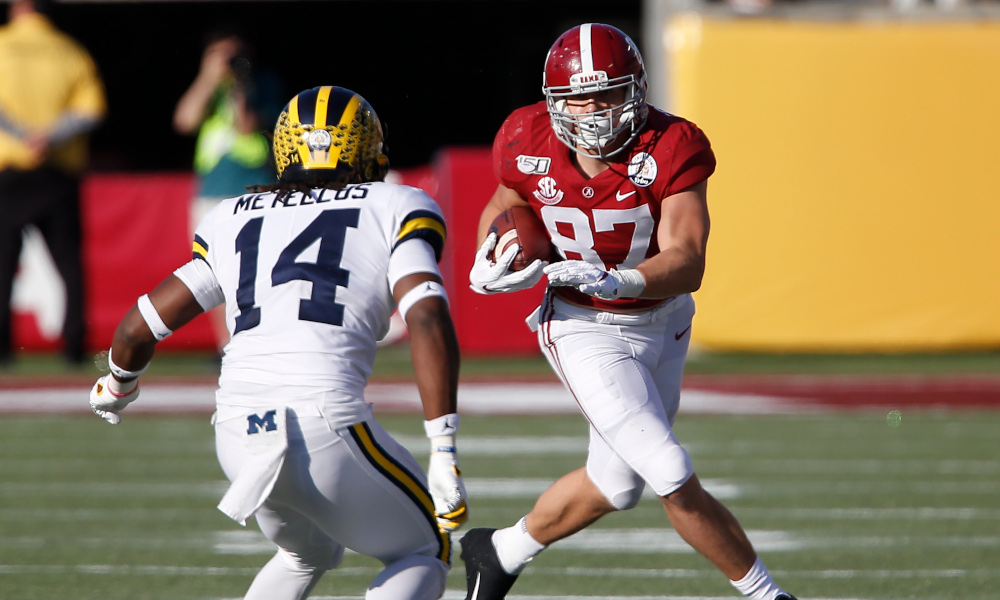 He was not drafted, but Miller Forristall has made an NFL team.

The former Alabama tight end has signed with the Tennessee Titans, according to Tom Pelissero of NFL Network. Forristall endured a couple of injuries, but Forristall was productive for the Crimson Tide. The 6-foot-5, 244-pounder recorded 44 receptions for 505 yards and five touchdowns in his career. Last season, he caught 23 passes for 253 receiving yards with one score. A native of Cartersville, Ga., Forristall registered four touchdowns in 2019. He would miss four games because of a throat (voice box) injury.

Forristall also improved as a blocker. He set the edge for Najee Harris to total 1,466 yards rushing with 26 scores.

Brian Robinson benefitted from his tight end, as he collected 483 yards rushing and six touchdowns.

He is a dirty work tight end, but the Titans have a team player in Forristall.