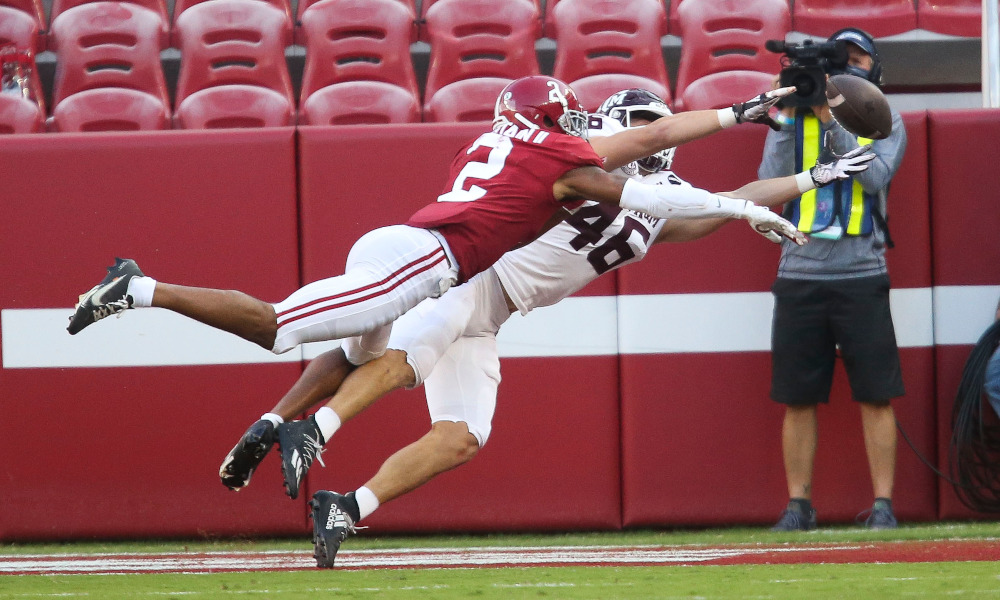 Patrick Surtain II now has his number for the Denver Broncos.

As the No. 9 overall pick in the NFL Draft, the former Alabama cornerback will wear No. 2. He sported the same number through three seasons (2018-20) for the Crimson Tide. The Broncos unveiled the news on Monday via its Twitter account.

Surtain, a native of Plantation, Fla., was a five-star athlete for the Tide. He finished his collegiate career with 117 tackles, 27 pass breakups, and four interceptions. The 6-foot-2, 208-pounder was the SEC’s Defensive Player of the Year and a Unanimous First-Team All-American selection in 2020. He was regarded as the most complete cornerback in the draft.

He was the fifth cornerback that Nick Saban has placed in the first round since 2010.