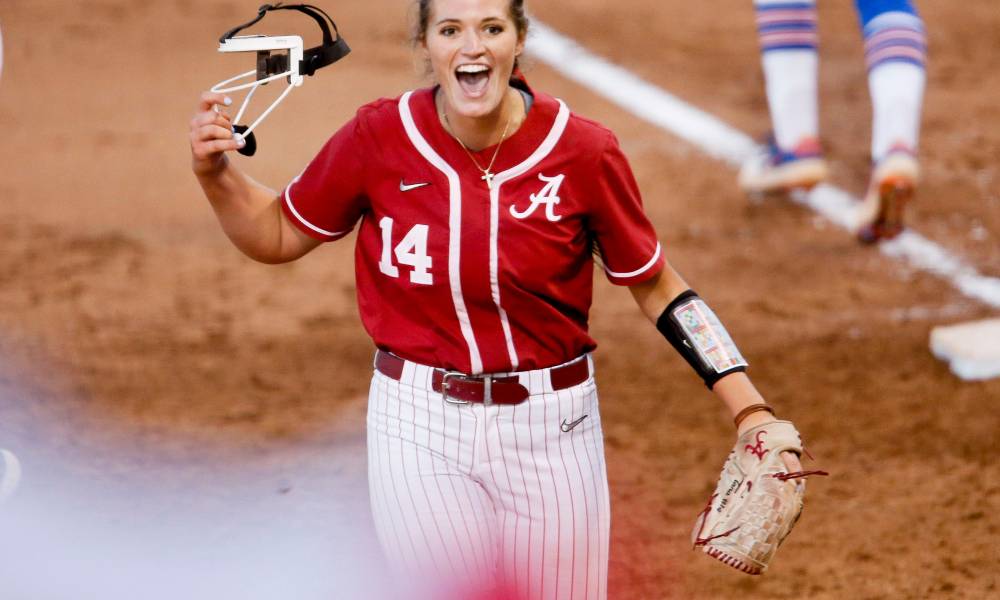 The University of Alabama is inching closer to another national championship.

On Friday, Crimson Tide fans were treated to the most mesmerizing performance in softball history.

Montana Fouts threw a perfect game on her 21st birthday to push the Tide into the semifinals of the Women’s College World Series. In facing UCLA, Fouts silenced the bats of the Bruins as Alabama earned a 6-0 victory. The junior totaled 14 strikeouts — including two members of the U.S. Olympic team, Bubba Nickles and Rachel Garcia. She accounted for the first perfect game at the WCWS since Courtney Blades achieved the feat in 2000 for Southern Mississippi in a 1-0 win over Arizona. Fouts now has the fifth perfect game in the history of the World Series. Current players, former players, and supporters of Tide football were glued to ESPN2 to watch Fouts.

After her performance, congratulatory wishes came via Twitter from Malachi Moore, Greg McElroy, and Joe Namath.

Pete Golding and Matt Rhea both shared a video from Alabama softball’s account of Fouts celebrating the moment.

She going crazy no kizzy https://t.co/fFPr2doI9T

“Montana Fouts!! WOW! I respect that she gave credit to her Bama teammates first and I just want to give credit to her because pitching a perfect game is, well, PERFECT! And I heard it was on her 21st birthday too! Nice goin, happy birthday and ROLL TIDE!!!” @AlabamaSB pic.twitter.com/PIGGVejaQe

Fouts has totaled 30 strikeouts versus Arizona and UCLA in the WCWS. Alabama and James Madison are both undefeated in the winner’s bracket. The two may face each other in the semifinal round.