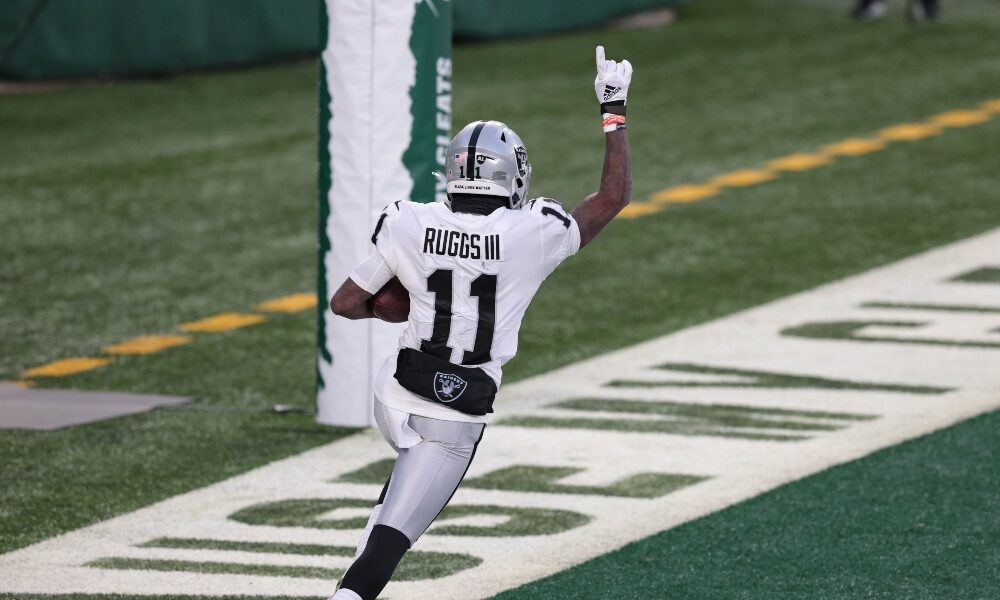 Any player who plays under Nick Saban leaves with his desire of perfection ingrained in their own personalities moving forward.

Those traits showed in Las Vegas Raiders wide receiver Henry Ruggs, except it wasn’t on the football field. It was in the bowling rink.

On Thursday, Ruggs had rolled 11 strikes in a row as the possibility of rolling a perfect game was in sight.

Unfortunately for the second year receiver, he came up short by just one stubborn pin.

Ruggs, who was the teams first round pick in 2020, is eyeing a breakout season in 2021 after an up and down start to his career.

Raiders head coach Jon Gruden already raved about the speedy receivers improvement over the course of the off-season as he expects big things this season after the team saw leading receiver Nelson Agholor leave for the New England Patriots.

“Ruggs didn’t have an offseason program last year like a lot of these rookies,” Gruden said. “He got hurt the first game against Carolina and got the coronavirus last year, missed some more time. But he’s a big reason why Darren Waller had a big year because of the threat of Ruggs.

“We don’t want to just have Ruggs be a threat. We’d like him to be on the receiving end of a lot of those threats. We’re trying to get him more and more involved in the pass offense, and so far, so good.”