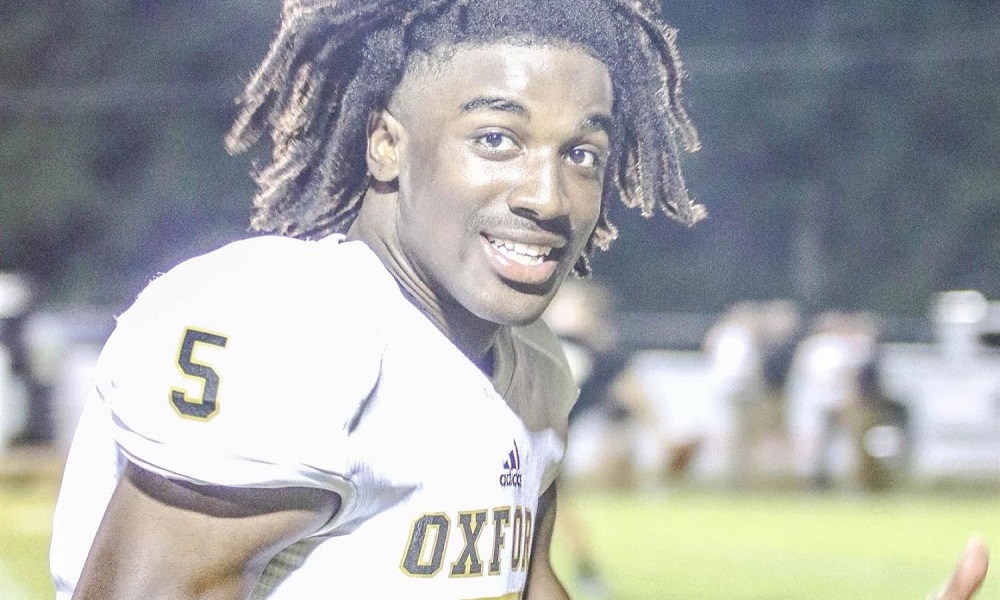 Fegans is coming off a busy June, where he visited multiple programs. The Crimson Tide were able to get him on campus a day after the recruiting dead period was lifted by the NCAA. The four-star recruit told Touchdown Alabama he felt a lot of love from Alabama’s coaching staff during his trip to Tuscaloosa.

“Their coaches really stood out during the visit,” said Fegans. “They are showing a lot of love. They keep it real and are going to talk to you every day. They are not going to tell you any lies.”

The rising senior will suit up for Thompson High School this upcoming season after transferring from Oxford. Fegans is joining a loaded Warriors’ defense, which features Alabama’s five-star targets, Jeremiah Alexander, Peter Woods and Tony Mitchell. The athletic defensive back is expected to bring big-play ability to the defending 7A state champions’ defense.

The Crimson Tide have strengthened their relationship with Fegans in recent months and are in a good position with the in-state talent.

“Things have been going well with them,” Fegans said. “Their coaches are really reaching out. I am talking to Nick Saban a lot more now. We are building a better relationship.”