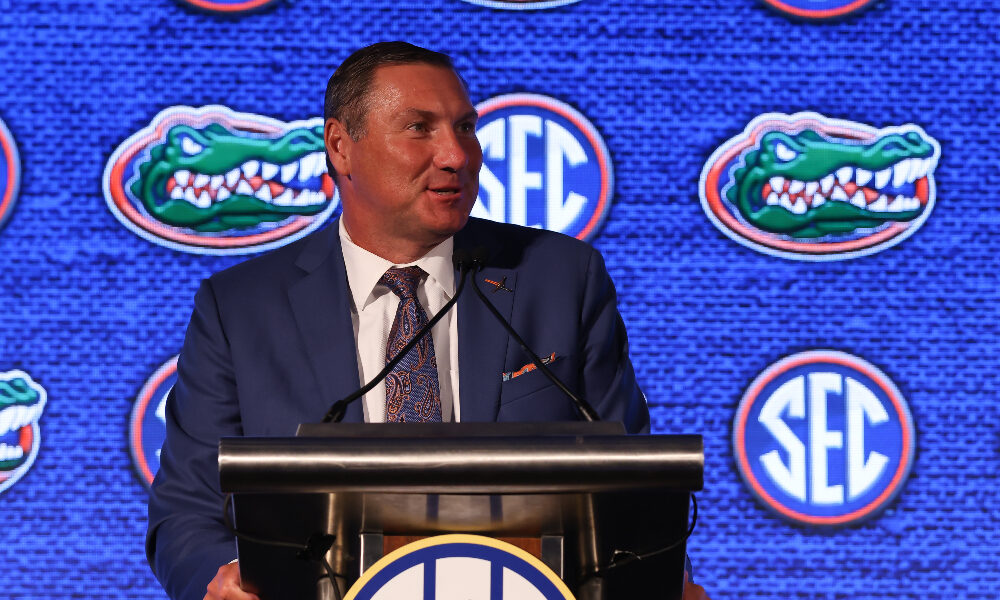 Recruiting talent to your team is a full-time job in and of itself and in the SEC it’s a lifestyle. Although there are some advantages to recruiting in the premier conference in college football, it can be difficult to convince the top talent to join your program with Alabama looming over every 5-star prospect.

“They’ve built the program,” Mullen said. “Nick’s been there a long time and has done a good job of building a consistent program and consistency within his program. I guess the short answer of that is — I mean, there’s — nobody asked my opinion on ratings. So maybe I’d rate everybody differently on who we go after and who we want, that way.

“But for us, I think the facilities that we’re getting caught up with, when you look at the University of Florida now and you look at the only school in America that is a top ten public university academically and really considered a top-10 football program consistently over the last three years, you’re looking at that change. You look at the facilities we have academically, the opportunity to play in The Swamp, the opportunity now with name, image, and likeness and what that means to kids in Florida and how they’ll be able to brand themselves within their hometowns in Florida.

“Then you look at the Heavener Football Complex coming up, now to catch us up facility-wise with other teams in America, that’s really, I think, how it’s going to change where, if you look at it, that’s a school of saying, hey, I don’t know if there’s a better place you can go in America than Florida. If you want the complete package, if you want every aspect of it with alumni connections, with the education, with the opportunity to play for championships and the facilities, I don’t know if there’s a better place than Florida.”

Mullen will have an opportunity to prove these rankings mean nothing when the Gators welcome the Crimson Tide to Gainesville on Sept.11.