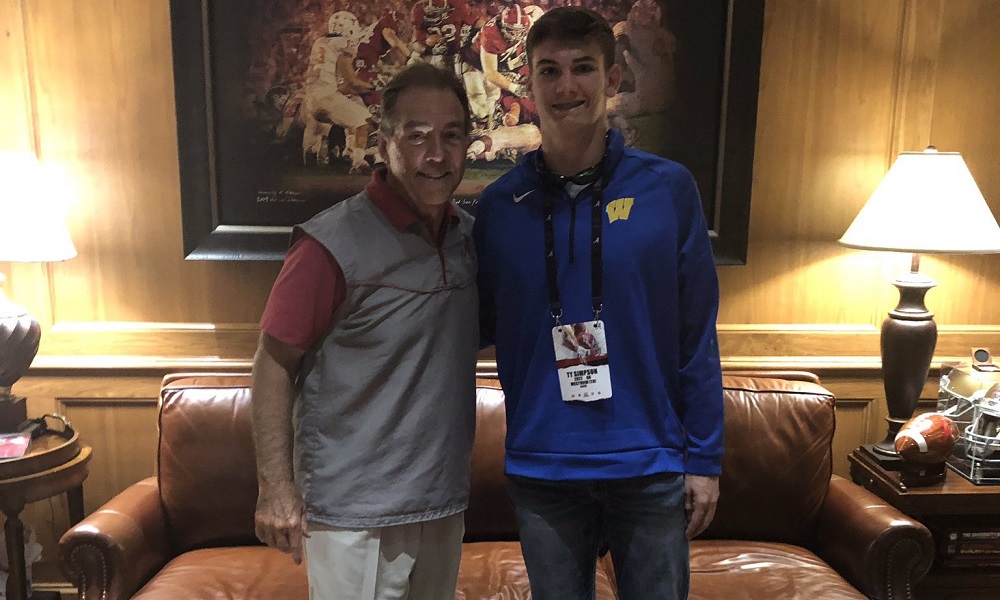 Ty Simpson wants to learn as much as he can about the Alabama football program.

He is one of 12 verbal commitments to the Crimson Tide’s 2022 recruiting class.

As a five-star from Tennessee, Simpson worked out with former Alabama quarterback AJ McCarron a few weeks ago. The two were at the QB Country complex, which has departments in Nashville, Memphis, and Chattanooga.

QB Country has developed some of the best athletes, including McCarron, Mac Jones, and Eli Manning. Manning represents the group as a two-time Super Bowl Champion, while McCarron was a three-time BCS National Champion at Alabama. He led the Tide to back-to-back titles as a starter in 2011 and 2012.

Simpson can create with his mobility and possesses accuracy as a passer. Hopefully, McCarron’s knowledge rubs off on him and Alabama brings another legend.