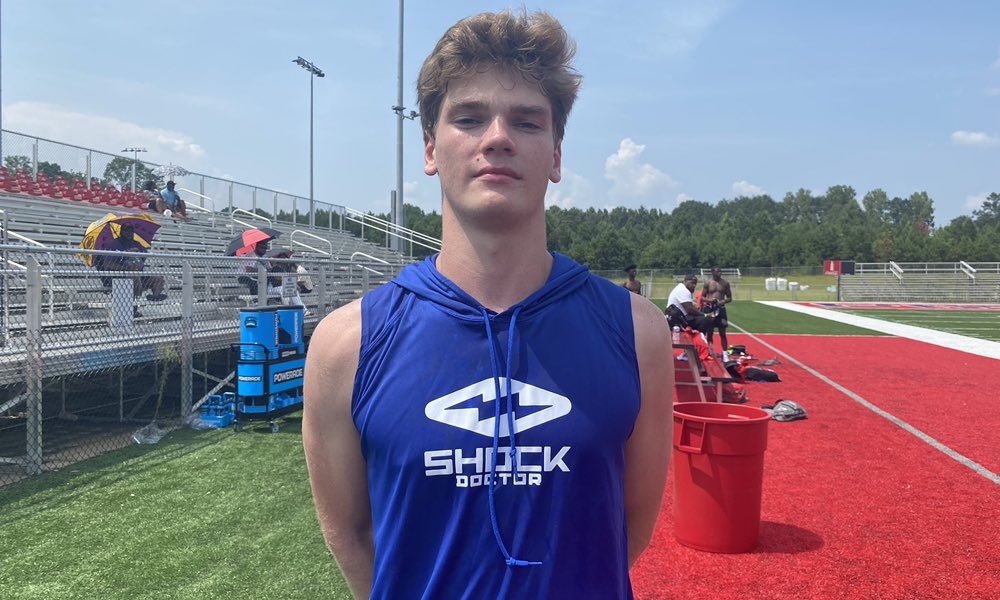 Some of Alabama’s best prospects across multiple recruiting classes put up great performances at the All Gas Training Showcase Sunday.

Each showcase participant competed in position-specific drills which allowed them to showcase their many abilities. Here is a breakdown of some of Sunday’s top performers.

Some of the state of Alabama’s brightest young talent shined at the @ALLGASTRNG showcase Sunday.

Judkins prove to be one of the more polished running backs to participate in the showcase. His balance and impressive footwork stood out when he performed drills. It is no secret why his offer list is so impressive. Auburn, Michigan, Notre Dame and others are fighting for his pledge at the moment. The Pike Road product has an opportunity to outperform his rating this upcoming season.

22” RB, Quinshon Judkins @qaj4_, is a running back to know inside the state of Alabama. Runs downhill with some great power.

Coleman is another prospect who will most likely outperform his three-star rating. He might not receive some of the hype that other in-state 2022 wide receivers do, but he is definitely in the conversation to be the state’s top wideout. He has good size at 6-foot-3 and 200 pounds. He can high-point the football and has developed into a nice route runner. He currently holds offers from West Virginia, Virginia, South Carolina and others.

Vanderbilt has a commitment from a prospect with a high ceiling in Diakite. His size alone opens the door for him to play several different positions at the next level. He has the potential to be a great edge rusher. He has long arms and plays really well in space.

Watson carried his 290 pounds really well at 6-foot-4 during the showcase. He is a big-time sleeper in the 2022 recruiting class with the quickness he displays off of the snap. He is also very versatile and can play all five positions across the offensive line.

Parker looks the part at 6-foot-4 and 235 pounds. He possesses long arms and a thick frame. After watching him perform Sunday, he is a kid who Alabama could offer in the future. Florida, Georgia, Michigan, North Carolina, Tennessee and Penn State currently make up his top seven.

Pierre has an Alabama offer and a national offer list. Pierre continues to impress with his strength and impressive mobility. Nick Saban saw him camp last month and told the Eufaula product he feels he would be a great outside linebacker for the Crimson Tide.

The state of Alabama is ridiculously loaded in the 2023 recruiting class, especially at cornerback. Three defensive back prospects from the state are rated as five-star recruits by at least one recruiting service. Nelson is rated as a four-star recruit, but there is not much separation between him and the guys rated above him. Nelson possesses the length that college coaches are looking for at 6-foot-4, and he is extremely athletic. The Selma, Alabama product went up and pulled in several impressive catches Sunday. He holds offers from Oklahoma, Georgia Tech, Arkansas and others at the moment.

Vizzina will most likely be the top-rated quarterback inside the state of Alabama in the 2023 recruiting class. The Birmingham product is a very impressive quarterback prospect at 6-foot-4 and 200 pounds. He possesses great pocket presence and some impressive mobility. He camped at the University of Alabama last month and plans to return to Tuscaloosa in the fall for a game.

Stuart has the potential to be the biggest riser among Sunday’s showcase participants. He is another long cornerback prospect, who will strengthen the state’s loaded cornerback class. Stuart stole the show with his ability to go up and snag the football out of the air. His quickness was also very impressive. Ole Miss offered him last month. His offer list is expected to grow this season.

Jackson has the potential to be the state’s top quarterback in 2024 and one of the top overall quarterbacks in the 2024 recruiting class. His size catches your attention when you first see him. He is only a tenth grader but looks like he is ready for his senior year at 6-foot-3 and 205 pounds. He lit things up for St. James High School as a freshman. He finished the season with 1,300 passing yards and 2 touchdowns.  Penn State offered Jackson in February. Ohio State and Notre Dame are among the programs showing interest.

Like Jackson, Riddick will have an opportunity to be one of the top prospects in the 2024 class. The Chilton County product impressed in more ways than one Sunday. He is a natural athlete, who could play several positions at the next level. He holds offers from Georgia, Georgia Tech, Ole Miss, Penn State and Central Michigan.