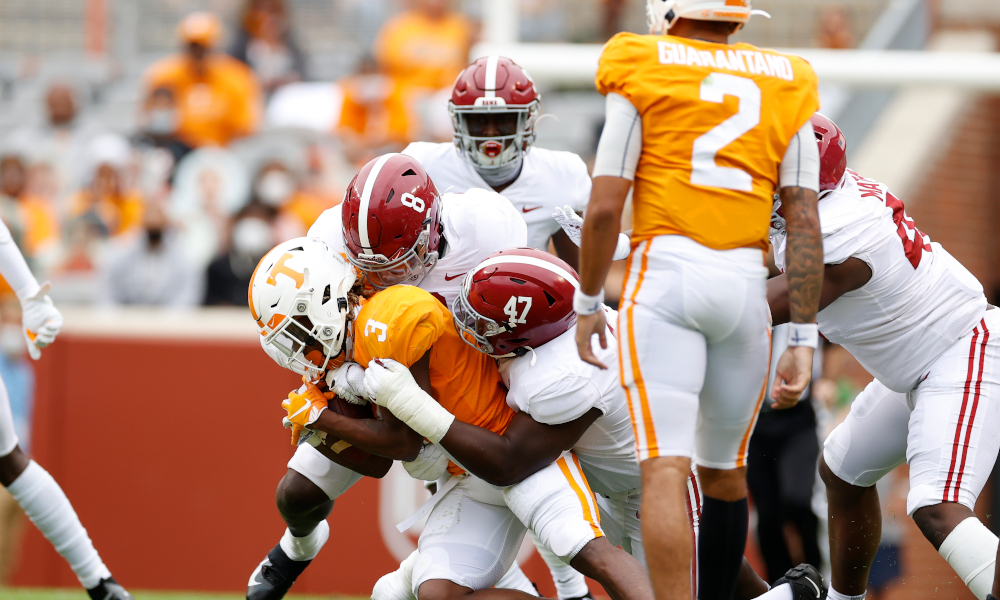 It appears as if some Tennessee fans will have a few extra dollars on the Third Saturday in October as Alabama Athletics saw visiting team returns on tickets for its match up with the Volunteers on Oct. 23.

Just released! Due to visiting team returns, tickets are now on sale for @AlabamaFTBL's Homecoming game against Tennessee on Oct. 23.

When looking at the recent history between the two longtime rivals it’s no secret as to why the visiting fans may sit this one out. The Crimson Tide have won the last 14 meetings between the two with 10 of those wins coming by more than 20 points.

Tennessee’s football program is also currently in a pretty tough spot. The program is looking to be revamped under new head coach Josh Heupel as Jeremy Pruitt was fired for cause following an abysmal 3-7 2020 season.

Alabama on the other hand still appears to be at the top its game under head coach Nick Saban who is coming off another national championship win from a season ago, accompanied by the top rated recruiting class in his career.