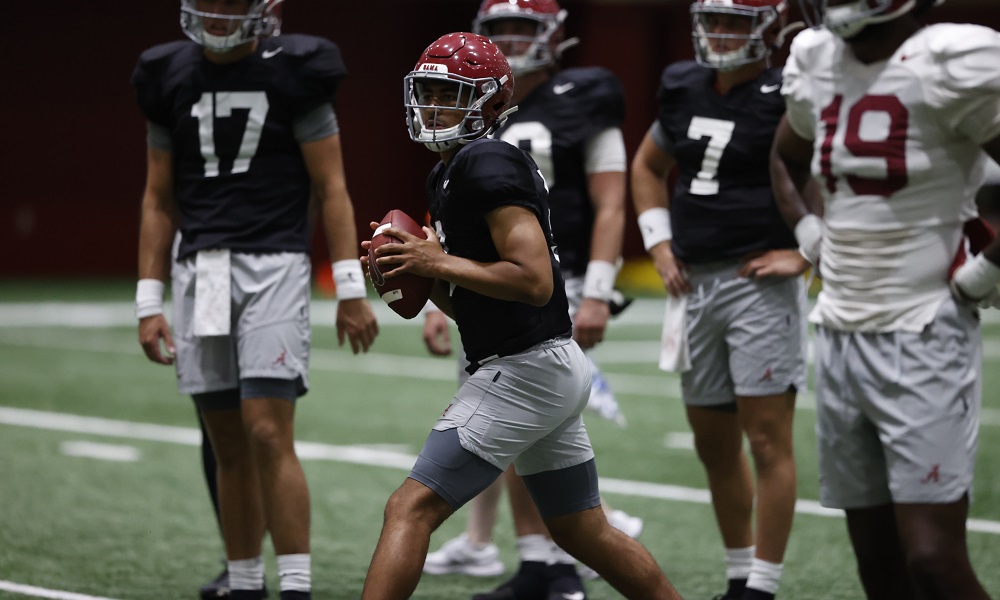 National media outlets are rolling the dice on Bryce Young.

Alabama’s sophomore quarterback enters this season as the starter. He replaces Mac Jones and looks to be the fifth first-year starter to lead the Crimson Tide to a national title. RJ Young, a sports media personality for Fox Sports, started the Young for Heisman campaign by having him as one of his “sleepers” for the award. Since then, Caesars SportsBook has the former five-star boasting the third-highest odds (+900) to win the Heisman. According to the Big Noon Kickoff team at Fox, Young is fourth on its preseason Heisman list. He is ahead of DJ Uiagalelei (Clemson) and behind Breece Hall (Iowa State), Sam Howell (North Carolina), and Spencer Rattler (Oklahoma). The majority of outlets and betting sites have Rattler winning the Heisman.

Young played in nine games last year. He completed 13 of 22 passes for 156 yards with one touchdown. The 6-foot, 194-pounder had a good spring and has been firm in fall camp. He has tossed five touchdowns in two scrimmages, including an 80-yard score to John Metchie.

Alabama fans are not requiring Young to win the Heisman, but it would be cool if he won it in his second year.

He will open the season versus D’Eriq King and Miami on Saturday, Sept. 4.