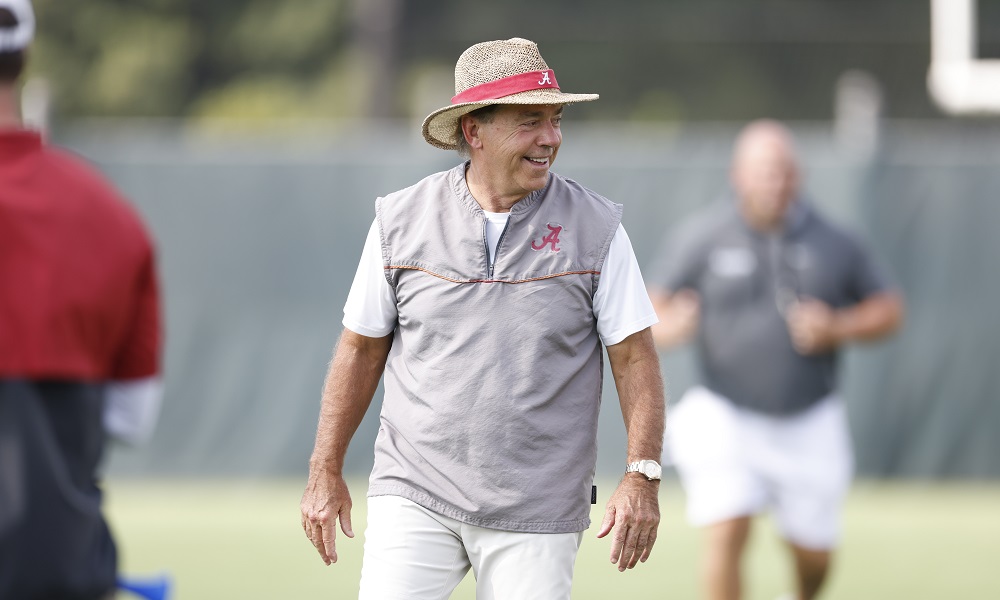 We will not see Jordan Battle speak to reporters for a long time, but we can appreciate the originator of the “deez nuts” joke to Alabama head football coach Nick Saban.

As tough as he is, Coach Saban keeps a sense of humor.

RELATED: Alabama players have ‘better energy and focus’ for Florida, per Nick Saban

It was one of his former players that introduced him to the joke. During Wednesday’s player interviews for the Baltimore Ravens, Marlon Humphrey hilariously detailed the origin of it.

He was on three Southeastern Conference championship teams (2014-16) and a College Football Playoff national title team in 2015.

Since being drafted at No. 16 in 2017 by the Ravens, Humphrey has become of the best corners in the NFL. When the joke was brought up to him, Humphrey laughed and talked about he and Saban’s relationship.

“Me and Coach Saban go way back.” @marlon_humphrey @AlabamaFTBL pic.twitter.com/jqJb0GCRvg

“You know, me and Coach Saban go way back,” he said. “And honestly, I just used to be talking and he is so locked in that I didn’t know if he listened to what I said. But, shoutout to Jordan Battle. I would not have said that in the media, but now that it’s out there, Saban is a good jokester. I am happy that I left my mark with the guy. So, that is my comment on it.”

He has so much quotable material, but Saban’s best line came from one of his players.

Maybe it can lead to a NIL deal from Planters.

Saban and the Tide will face Florida on Saturday at Ben Hill Griffin Stadium.