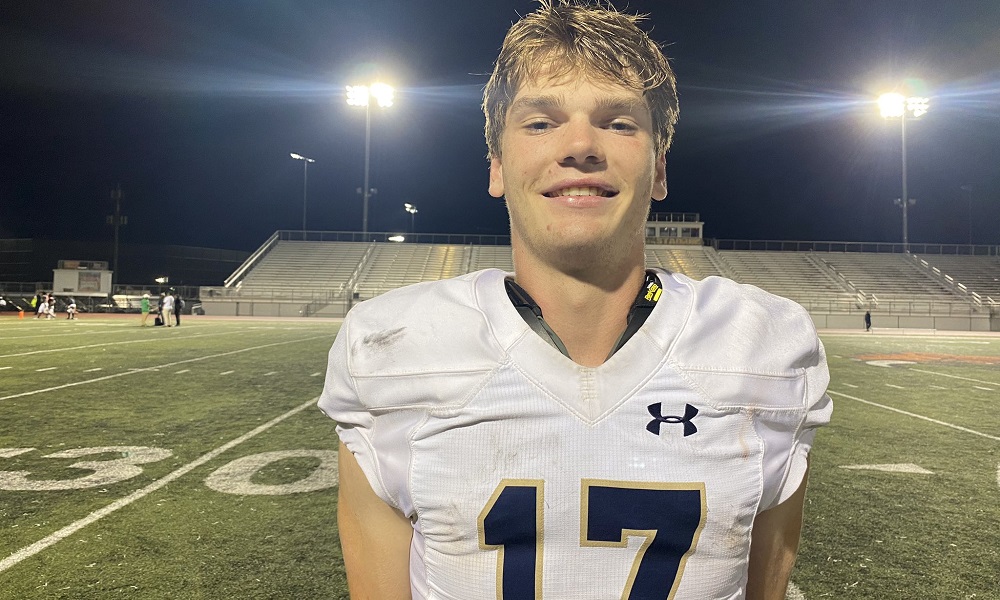 Christopher Vizzina is putting multiple Power Five programs on notice with a superb start to his junior season.

The Briarwood Christian product threw for 723 yards and 14 touchdowns on 48-of-59 passing in the Lions’ first four games. Vizzina added to his impressive stat line Thursday with a five-touchdown performance against Huffman High School.

Update on his recruitment and Alabama interest on the way.

Highlights will be posted soon as well. Kid has one of the most consistent arms. pic.twitter.com/H3UzrLXkRE

Vizzina’s string of stellar performances has caught the attention of multiple college football powerhouses, including Alabama and Clemson. The rising junior has had an opportunity to see both programs play in person this season. The Crimson Tide hosted the 2023 quarterback last weekend when they defeated the Mercer Bears in Bryant-Denny Stadium.

“I loved it,” said Vizzina. “They showed me a lot of love. My family loved it. I have been going to their games since I was little, but this was my first time as a recruit. It was something special.”

The 6-foot- 4 signal-caller will see the Tide in action again this weekend when he visits Florida to check out the Gators’ program. Alabama’s offensive coordinator Bill O’Brien is keeping in contact with Vizzina.

“I talk to coach O’Brien every week,” Vizzina said. “I think they know where I am on their board. I have real interest in them. I grew up an Alabama fan. However, that does not make them my leader or anything.”

Alabama has not offered Vizzina yet, but that could change very soon.