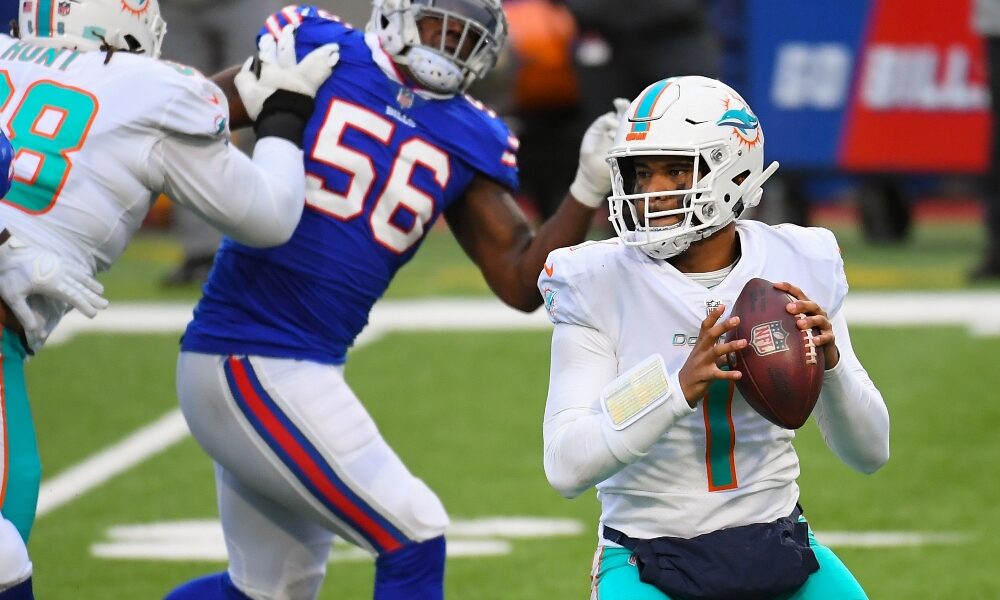 The X-rays came back negative on the second year quarterback who left Sunday’s game against the Buffalo Bills after being sacked from behind by defensive end A.J. Epenesa.

Depending on his pain tolerance and play in practice, Tagovailoa could line up behind center for next Sunday’s game against the Las Vegas Raiders.

Tagovailoa was replaced in the game by backup quarterback Jacoby Brissett who finished 24/40 for 169 yards and one interception in the Dolphins 35-0 loss to the Bills.