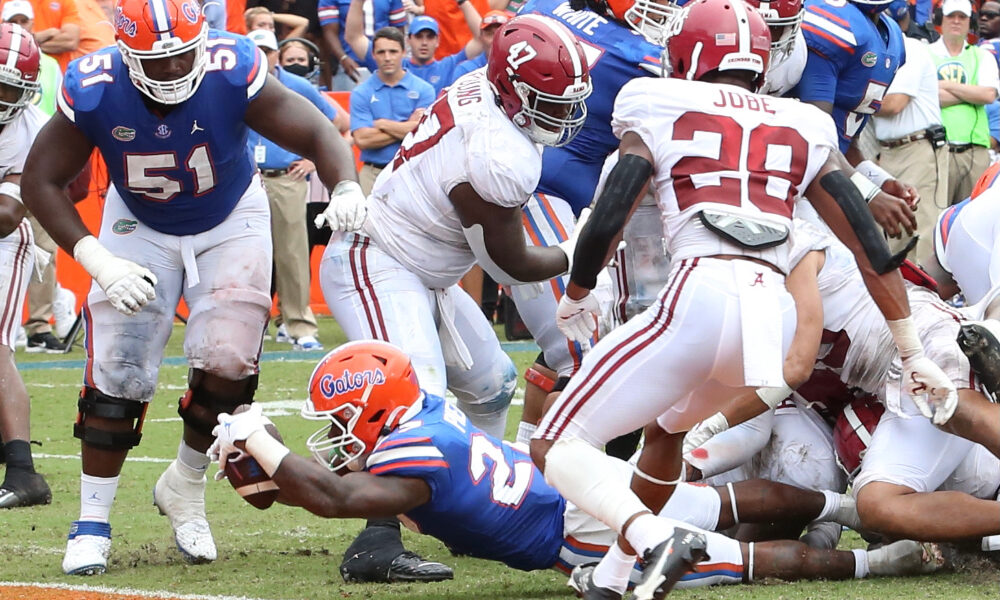 There were a number of polarizing opinions throughout the college football world, following Alabama’s game against Florida last weekend. Some left the game content with the Crimson Tide’s win in the hostile environment, but others left not quite impressed.

One analyst who falls in the second category is SEC This Morning host and former Florida wide receiver Chris Doering.

Doering and co-host Peter Burns talked on their radio show Wednesday morning about last weeks game with Doering sharing his disbelief in the 2021 version of the Crimson Tide.

During the segment Burns asked Doering if he thought Alabama was elite and the former Gator responded says: “You’re a clown if you think this team is elite.”

🗣️ @PeterBurnsESPN: "This team is absolutely elite."
🤡 @ChrisDoering: "You're a clown if you think this team is elite."

It got heated on #SECThisMorning when discussing Alabama's potential this season.

Who is right? #Rolltide pic.twitter.com/JhvYANkdcx

After going up 21-3 in the first quarter, Alabama’s momentum came to an immediate halt against Florida as it put up just 10 points the rest of the game while the Gators came storming back.

Nick Saban and the Crimson Tide were ultimately able to escape with a 31-29 win, but questions are now being raised as to whether the team will be able to repeat as champions come January.