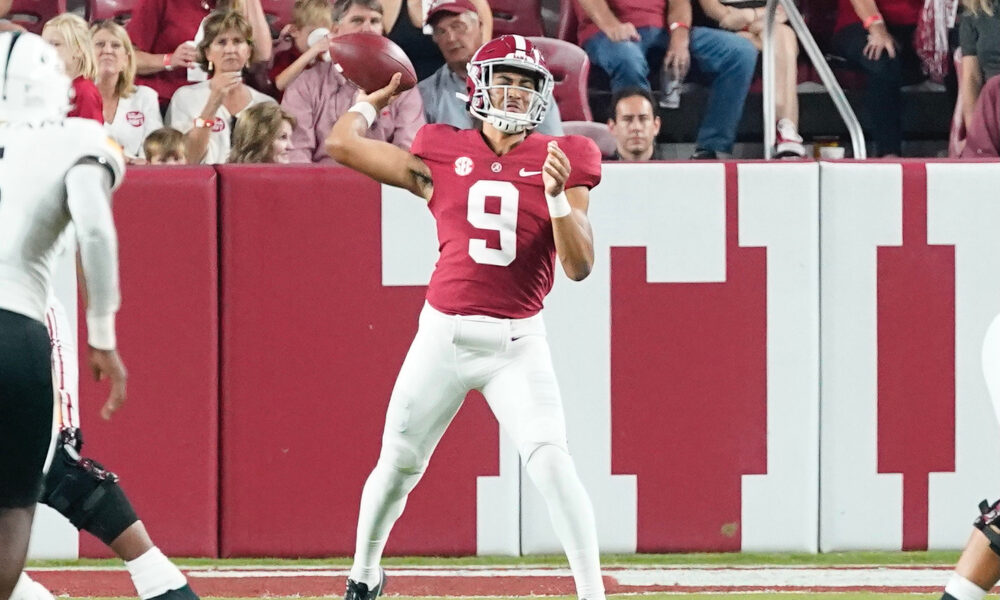 It wasn’t quite a complete performance on both sides of the football, but Alabama looked like a better team than a week ago against Florida.

Alabama’s offense started fast with a 100 yard kick off return from Jameson Williams which set the tone for that side of the football on the day.

After a lackluster rushing performance against the Gators, Crimson Tide running backs Jase McClellan and Roydell Williams showed up with Brian Robinson sitting out Saturday’s matchup. McClellan and Williams traded long runs throughout the game with both players combing for over 200 yards on the day.

Quarterback Bryce Young was once again surgical and efficient, gashing the Golden Eagles defense who had no answer for him on the day. Young finished the game going 20/22 for 313 yards, five passing touchdowns and one interception as he puts the country as notice solidifying himself as a legit Heisman Trophy contender.

Tight end Jahleel Billingsley was a welcomed return to the Alabama offense as he caught five passes for 105 yards and a touchdown in his return to significant playing time.

The defensive side of the ball was a step in the direction, although it was not as complete of a performance as Nick Saban probably would have hoped for. Alabama dominated the line of scrimmage for nearly the entire game as most of Southern Miss’ rushing yards came on quarterback scrambles and wide receiver rushes.

There were a few busted coverage and loss of contain on long third downs which Southern Miss quarterback Ty Keyes took advantage of.

The Crimson Tide did generate a lot of pressure from its front, particularly from Will Anderson who finished with five tackles, one sack, 3.0 tackles for loss and a quarterback hurry. It wasn’t 100% perfect but the team should be in enough of a rhythm to feel confident going into next weekend against Ole Miss.

Below are the major plays from the game:

Alabama leads Southern Miss 42-7 at the half.