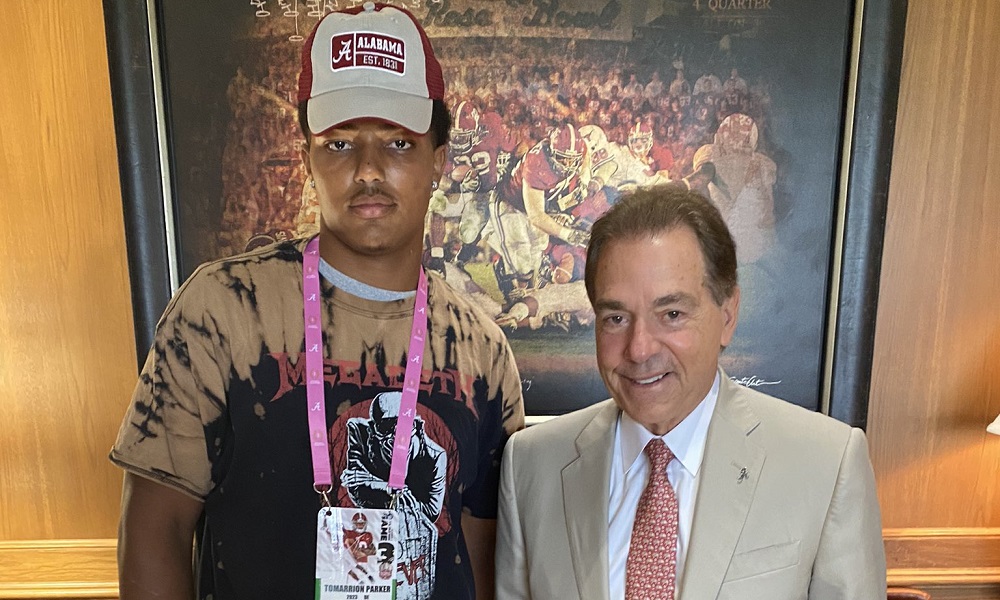 Tomarrion Parker had been in contact with Alabama football’s safeties coach Charles Kelly for several weeks, and it seemed like it was only a matter of time before an Alabama offer came his way.

“He (Charles Kelly) told my coaches he would eventually come to see me play, but my coaches would not tell me which game,” Parker said. “It would not have mattered anyway because I am going to try to go crazy every time. He came to a game, and I did amazing. During the last quarter, I saw him standing there. From then on, I kind of knew it was eventually going to come.”

“It was amazing talking with him,” said Parker. “He started by saying he felt I was a great player, and that they had been watching me grow this season. After he offered me, He shied away from football and talked to my parents about how he can make me a great man and the programs they have that can help me outside of football.”

More than 15 D1 programs have extended an offer to Parker. Vanderbilt was the latest to do so. The new Alabama target said it means a great deal to get an offer from the University of Alabama.

“It means a lot, definitely a top school now,” Parker told Touchdown Alabama. “I want to keep building the relationship we have, and they will definitely be there in the end when I make my decision. ”

Parker is rated as a four-star recruit, according to multiple recruiting outlets. The Central Phenix City Red Devils primarily use the 6-foot-4, 250 pounder as a standing edge rusher and allow him to get after the quarterback. Alabama’s coaching staff is interested in the idea of playing him in a similar role at the next level.

“They see me as a standing edge rusher,” Parker said. “They resemble my game to Will Anderson. In third-down situations, they could use me to rush or put me in a three-point stance to defend the run.”

Alabama’s coaches are building relationships with multiple in-state 2023 prospects. Parker could become one of the Tide’s top in-state targets.